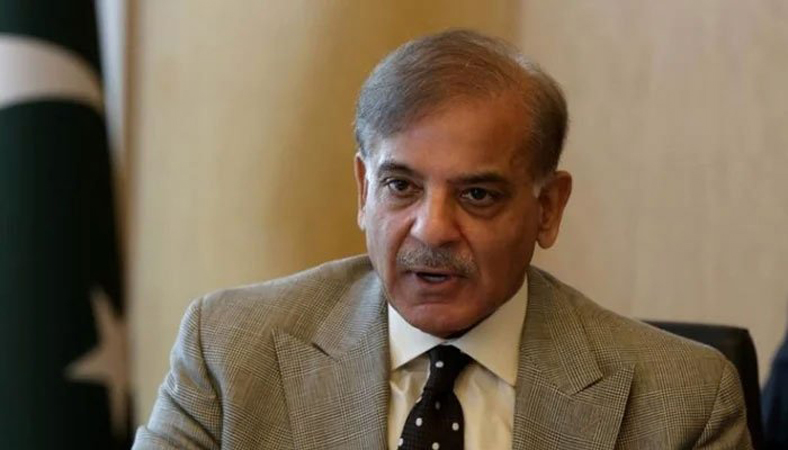 Prime Minister Shehbaz Sharif Friday directed the authorities concerned to formulate an urgent strategy against corruption and theft and smuggling of wheat. Chairing a high-level meeting in Islamabad to examine wheat production, available stock and expected consumption, he said construction of silos would help curb theft and corruption. He said despite being an agricultural country, Pakistan had been compelled to import wheat instead of meeting its own needs, just due to the wrong decisions and delayed strategies. The meeting was told that wheat production of 26.173 million metric tons was expected this year against the target of 28.89 million metric tons while the estimated consumption would be around 30.79 million metric tons. It was told that reduced wheat cultivation, water shortage, fertilizer crisis due to the mismanagement by the previous government, and delayed announcement of wheat support price led to the reduced production of wheat by two percent. The oil price hike and early rise in temperature due to climate change were also among the factors impeding the achievement of the wheat production target. The prime minister was also apprised of relief measures taken by the incumbent government including subsidy on wheat supply to flour mills, availability of 10kg flour bag at Rs 400 and provision of 200,000 metric tons wheat to KP. The prime minister directed the authorities concerned to assess the wheat consumption of KP and ensure provision of the required supply of the commodity in coordination with the provincial government.

The meeting was told that Punjab had achieved 91.66 percent of the wheat procurement target, Sindh 49.68, Balochistan 15.29 while PASSCO had achieved 100% of the target.

The prime minister said the delayed announcement of wheat support price had not only led to reduced wheat production but it was also an attempt to directly oblige the hoarders.

He also asked the Punjab province to enhance its procurement target and directed the Food Security Division to import wheat in order to bridge the shortfall. The prime minister also expressed his resolve to make Pakistan a wheat self-sufficient country through effective strategy.

Meanwhile, Prime Minister Shehbaz Sharif said as Pakistan offered huge opportunities of investment in technology sector, foreign tech companies would be facilitated in all respects with regard to investment and expansion.

The current government intends to increase the IT exports from USD1.5 billion to USD15 billion in the coming year and for that close collaboration with Huawei will result in the provision of training to the youth of Pakistan through various mean including setting up a university, he added. The prime minister said this in a meeting with Yi Xiang, Senior Vice President of the Middle East and Africa Region of Huawei.

He emphasized that investments in tech sector would increase employment and skills enhancement of Pakistani youth, especially women, as the government was focused on increasing the number of women in e-commerce sector by providing them with a suitable environment to get themselves trained and raise capital, a press release issued by the PM Media Wing here said.

The Prime Minister also emphasized the need for expediting the process of strategizing the collaborative efforts within a week and highlighted the government’s willingness to not leave any stone unturned to achieve the said objectives.