Eid over, let’s get back to work, says Shehbaz 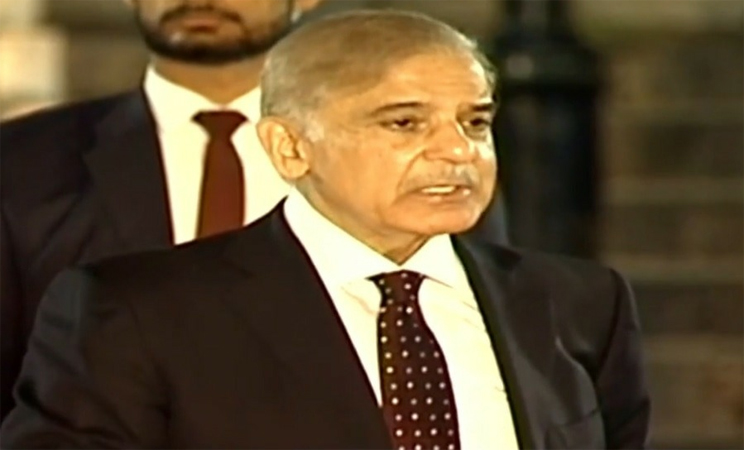 The federal government has decided not to roll back the decision of having six workdays in government offices.

According to a notification issued by the cabinet secretariat of the Establishment Division after approval from Prime Minister Shehbaz Sharif, the work hours, however, have been reduced.

From now onwards, government offices will operate from 8am to 3pm from Monday to Thursday and Saturday. There will be a prayer break from 1pm to 1:30pm. On Friday, the timings will be from 8am to 1pm, says a news report.

Previously, government offices operated from 9am to 5pm while they remained closed on Saturdays and Sundays. However, after assuming power, PM Shehbaz abolished the Saturday holiday for government employees.

On his first day in office, Shehbaz sent officials of the PM Office into panic as his surprise arrival early in the morning worried the employees and officers who had not reached the office.

Shehbaz, who is largely known for his punctuality, reached the PM Office at 7am on his first day after assuming the charge. The officers and other employees of the PM Office who had not reached by that time rushed to work to avoid the wrath of the newly elected PM.

Earlier on Friday, PM Shehbaz urged the nation to “get back to work” after enjoying the Eid holidays. “Hope you all had wonderful time with your families during Eid holidays and rested well … Let us get back to work now!” he said on Twitter.

Speaking at an Iftar dinner at the PM House, Shehbaz had explained his rationale, saying he had taken the decision based on the economic situation of the country.

“Even developed countries cannot afford two weekly holidays [Saturday and Sunday], so how can we, with our economy in crisis, avail two holidays in a week,” he had asked, adding that the economic situation his government had inherited from the PTI-led regime required everyone to work hard even on Sundays.

The government had also asked the State Bank of Pakistan to apply the decision in the banking sector which led to bankers across the country protesting the move. At the time, Finance Minister Miftah Ismail had justified the move by saying that Ramazan had fewer working hours in a day and that several days would be non-working due to Eid holidays.

He had said that he would request the prime minister to revisit the decision post-Eid, adding that he was “hopeful”.

On the other hand, the State Bank of Pakistan (SBP) announced it was reverting to a five-day workweek by reinstating Saturday as a holiday for banks.

On April 13, the central bank had announced it was increasing the working hours of banks on the directives of the federal government by declaring Saturday – otherwise a holiday – as a working day.