Six of family members dies after car-coach collision near Vehari 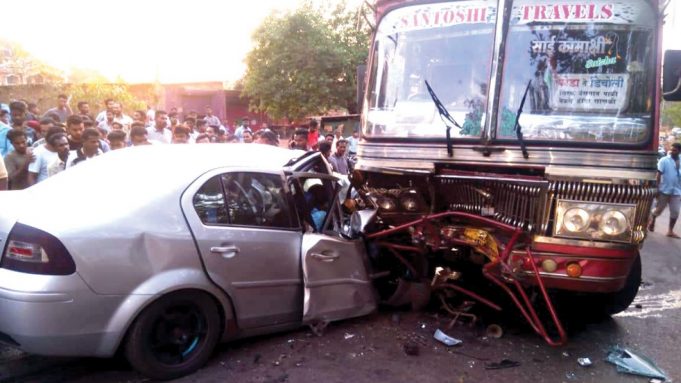 ISLAMABAD: At least six people, including a woman and children died in a head-on collision between a passenger coach and a car at Tibba Sultanpur Vehari in Punjab on Friday.

As per rescue sources a coach and a car collided as a result six persons had lost their lives on the spot.

As soon as the accident was reported, police and rescue teams rushed to the spot and shifted bodies and the injured to the nearby hospital, a private news channel reported.

Police informed that the deceased belonged to the same family who were travelling to vehari.

The bodies were handed over to the heirs after completion of medico legal formalities.

Police registered a case for further investigation of the incident.