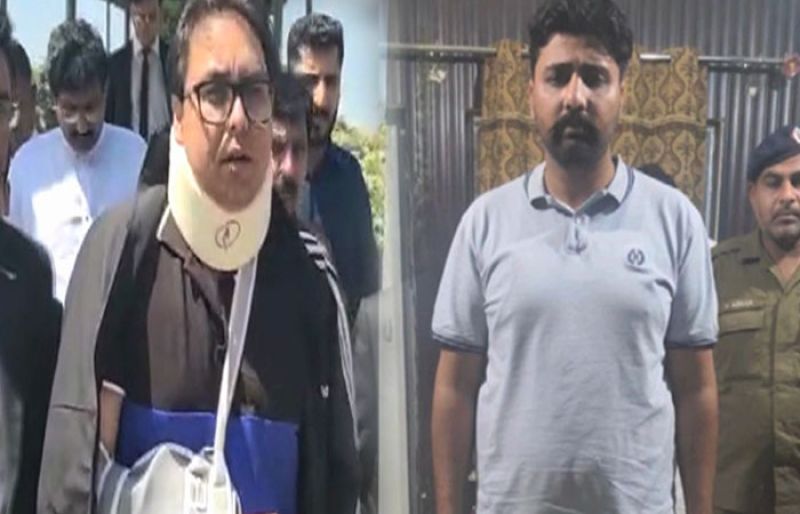 Muridke Police have arrested the man whose car had hit the Tehreek-i-Insaf (PTI) leader Shahbaz Gill’s car on the Lahore-Islamabad motorway and later handed him over to Hafizabad police for investigation late Thursday night.

In his initial statement to the CIA police, Wajahat Ali said that he was going to Islamabad with his family on Thursday in a car that he rented from Muridke.

“When I reached the motorway, my car collided with that of Gill’s by mistake,” he said and regretted that the incident was given a political angle by some elements.

Shahbaz Gill was injured in the accident as his car turned turtle at Salam Interchange on Motorway when he was traveling from Lahore to Islamabad.

Moreover, Prime Minister Shehbaz Sharif has directed the authorities concerned to hold an investigation into the accident of Shahbaz Gill.

Taking notice of the accident, he said all requisites of justice should be met while holding the investigation.

The Prime Minister expressed sympathy to the victims of the accidents including Shahbaz Gill.

Shehbaz Sharif was also directed to provide the best medical treatment to Dr. Shahbaz Gill and other injured.