My government got toppled because of its resolve for an independent foreign policy: Imran Khan 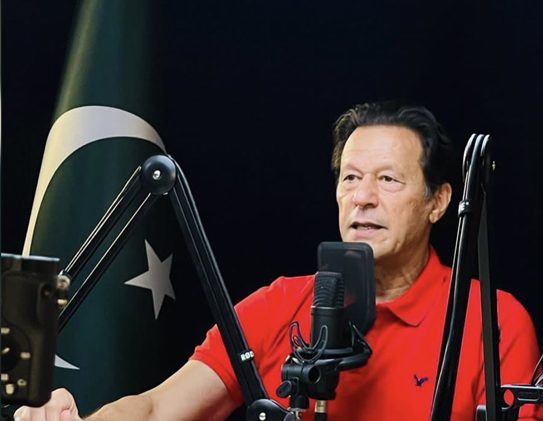 During an interview with a media channel, the former premier Imran Khan claimed resolve for independent foreign policy his government dismissed. The Pakistan Tehreek-e-Insaf (PTI) chairman made the statement in a podcast on Thursday.

He said his government, which was elected by 220 million people, got dismissed through an alleged conspiracy. He said there were elements who were party to it.

The PTI chairman said an independent foreign policy does not mean it is against the United States. He added he had good relations with the administration of former president Donald Trump.

The former prime minister said he wants good bilateral ties with the United States without Pakistan’s interests being compromised.

He alleged the United States was against their state visit to Russia and wanted to stop our economic relations with them. He claimed the Biden administration wanted Pakistan to limit its ties with China also.

The former prime minister said the United States wants Pakistan’s airbases to monitor the situation in Afghanistan. He added Pakistan should not engage in any war.

While commenting on the media, the former prime minister said that the media, except for two channels, are under the government’s control. He went on to say that people are using social media as a platform to make their voices heard.

The PTI chairman said that he saw people unite for a cause for the first time. He added that people have woken up and are expressing anger about the current political crisis.

Imran Khan said he did not come into power to make money. He said he was given everything from Almighty Allah and came with a vision.