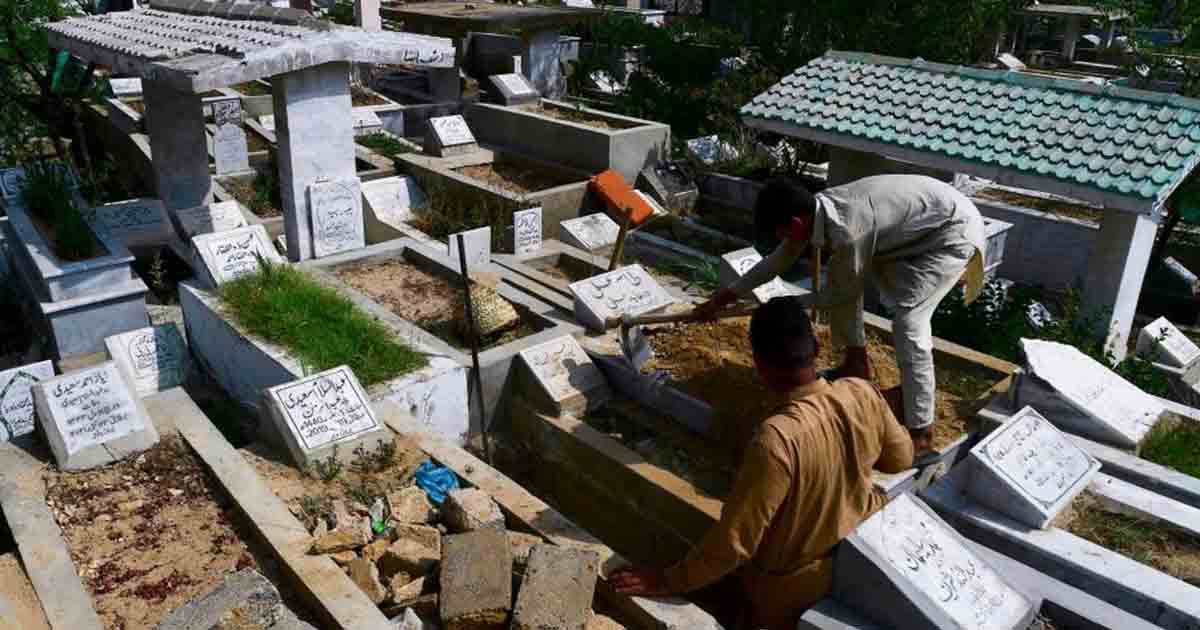 On Thursday, a gravedigger has been arrested for stealing bodies from a Karachi graveyard. Police arrested a local gravedigger after the recovery of two human skeletons at Zia Colony Cemetery, Orangi Town of Karachi which hinted at his alleged involvement in the sale of existing graves.

According to police, the gravedigger dug out the bodies of two people from the graves including a child. The police moved the bodies to Abbasi Shaheed Hospital and decided to get DNA samples of the two human skeletons.

Moreover, police said they received a complaint from the parents of the deceased child about the desecration of the grave, who was buried in the cemetery about four months ago, and, his relatives could not locate his grave when they came there to offer Fateha. A case has been registered against the gravedigger and further investigation into the incident was underway.

During interrogation, the gravedigger confessed before the police to exhuming the grave of the child and shifting his body to another place for Rs15,000.