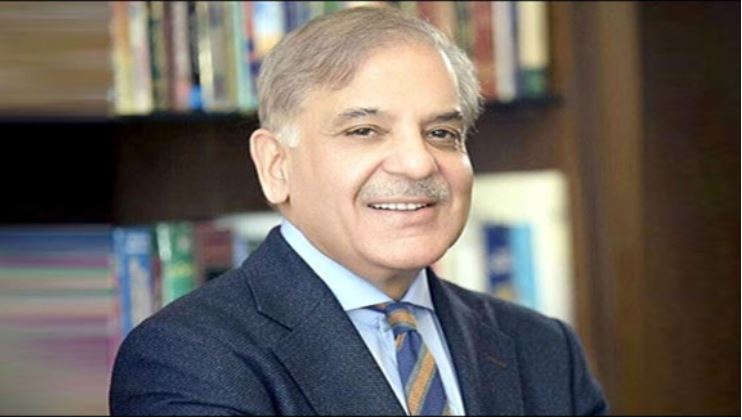 Prime Minister Shahbaz Sharif held a telephone conversation with President Recep Tayyip Erdogan here on Monday and conveyed warm felicitations to the government, leadership and people of Turkey on Eid-ul-Fitr.

The two leaders expressed satisfaction at the excellent bilateral relations between the two countries and reiterated their commitment to further advance these relations in all areas of mutual interest, particularly trade and investment. While highlighting his government’s business-friendly policies, the Prime Minister invited Turkish businessmen and investors to visit Pakistan, and to benefit from such policies.

Both the leaders noted with pleasure that Pakistan and Turkey will be commemorating the 75th anniversary of the establishment of diplomatic relations this year in a befitting manner.

The Prime Minister thanked President Erdogan for Turkey’s principled and steadfast support on the Jammu and Kashmir dispute. The Prime Minister underlined the importance of averting humanitarian crisis in Afghanistan.

The two leaders reaffirmed their resolve to remain in close contact with each other on all core issues.

Meanwhile, Prime Minister Shehbaz Sharif held a telephone call on Monday with His Majesty King Hamad bin Isa Al Khalifa of the Kingdom of Bahrain to convey greetings on the auspicious occasion of Eid-ul-Fitr.

The Prime Minister also conveyed his best wishes for the continued progress and prosperity of the brotherly people of the Kingdom of Bahrain.

While reciprocating the Prime Minister’s Eid greetings and warm sentiments for the people of Bahrain, His Majesty King Hamad bin Isa Al Khalifa congratulated Prime Minister Shehbaz Sharif on his recent election and assumption of office.

Reaffirming Bahrain’s commitment to broaden and deepen bilateral cooperation with Pakistan, His Majesty said he looked forward to working closely with the Prime Minister to advance this objective.

The Emir of Qatar warmly reciprocated the greetings and extended best wishes to the people of Pakistan. Both the leaders expressed satisfaction over the excellent state of bilateral relations and resolved to carry forward the robust political and economic cooperation that exists between the two countries. The two leaders agreed to maintain close contact and work together on all issues of common interest. The prime minister invited the Amir of Qatar to visit Pakistan at an early date. The Emir also extended an invitation to the prime minister to visit Qatar.

Separately, Prime Minister Shehbaz Sharif said on Monday that for uplift of country’s economy it was highly important to put forward feasible and attractive projects before the investors to fetch maximum foreign investment.

He said this while presiding over a preparatory meeting held prior to the meeting with United Arab Emirates (UAE) delegation. The UAE delegation would meet the premier on Tuesday in Lahore. The Prime Minister directed to make government to government agreements transparent. It was decided in the meeting that agreements related to energy, infrastructure development, getting petroleum products on deferred payments and provision of long term loans on easy conditions should be made with the delegation. Shehbaz Sharif directed the participants of the meeting to make all out efforts for ensuring successful dialogue with the UAE delegation.

The meeting was attended by Federal Minister for Power Khurram Dastgir, State Minister Musadik Malik, Board of Investment Secretary Imdad Bosal and other senior officers.