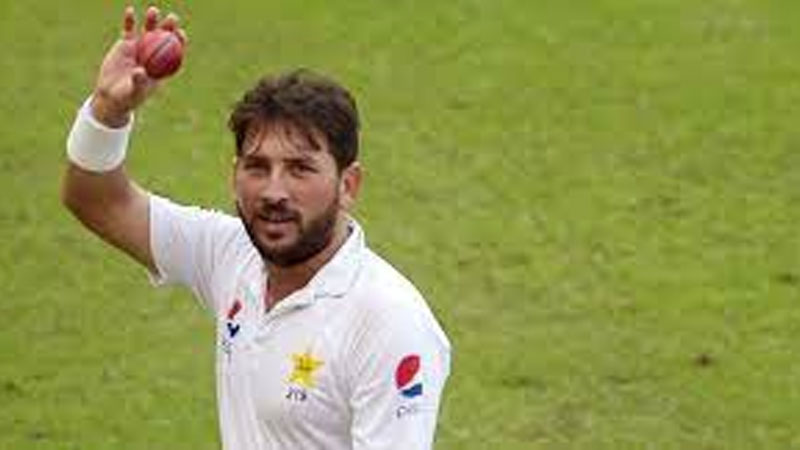 LAHORE: Pakistan spin wizard Yasir Shah celebrates his 36th birthday on Monday (today). Born on May 2nd, 1986, Yasir comes from the Afghanistan-bordering city of Swabi. Predominantly a leg-spinner who can also bat a bit, Yasir is a big fan of Australian great late Shane Warne and emulates him. Yasir filled a large hole in Pakistan hearts when spinner Saeed Ajmal was banned for chucking in 2014. Replacing Ajmal in the side for two Tests against Australia, Yasir took 12 wickets, and then 15 more in three Tests against New Zealand, becoming the quickest Pakistan bowler to 50 wickets — in nine matches. In his first 25 Tests, Yasir took match hauls of seven or more wickets 12 times, ten of those in victories — the most famous one coming in 2016 at Lord’s, where he took his first ten-wicket haul. In five consecutive Tests in 2017, Yasir picked up eight or more wickets, against West Indies and Sri Lanka. A year later, he picked up a career-best 14 for 184, in an innings victory over New Zealand in Dubai, and a few days later, in his 33rd Test, he broke the record for fastest to 200 wickets. In 46 Tests, Yasir has claimed 235 wickets.

Yasir made his First-Class debut at the age of 15 in 2002, but a chance to represent the national team came nine years later, when Pakistan faced Zimbabwe in a three-match ODI series in 2011. He picked up two wickets in the match. Yasir has also represented Pakistan ‘A’ and a host of other domestic sides. Even though he had not played ODI cricket that much, the selectors showed immense faith in him and named him in the 2015 World Cup squad. The tournament, though, wasn’t quite a game-changer for Yasir, who played just the one game against India at Adelaide and conceded 60 runs in eight odd overs. Since then, Yasir has become more of a mainstay of Pakistan’s bowling line-up in Tests, with the selectors keen on a different breed of bowlers for the limited-overs internationals. He wasn’t even part of the squad for ICC Champions Trophy, 2017 — a tournament that Pakistan defied the odds to win. In25 ODIs, he has taken only 24 wickets.