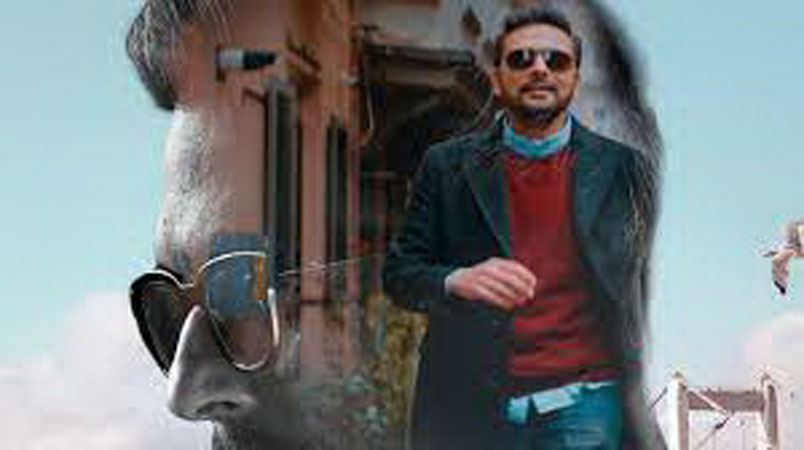 Musician Bilal Maqsood is finally releasing his first single ‘Naya Naya’ and it is coming out sooner than we think. Though the entire fanbase was crushed when Strings called it quits last year, we all welcome Maqsood’s musical endeavours with open arms.

The singer posted a poster for his song that appears to be moments taken from a music video – at least we’re hoping there’s a music video, fingers crossed! – and captioned it, “First single ‘Naya Naya’ coming very, very soon!”

Looks like we’re not the only ones excited about the “very very.” Actor Ushna Shah expressed her happiness over the news in the comment section.

Someone even called the update “advance Eidi.” Maqsood re-shared it on his Instagram story.

“You really don’t feel like ending things because it’s your thing, and especially after the 30 album, things were going great. Strings we were performing on the biggest platforms, doing the biggest shows and all,” he explained. “But it was precisely at a time like this that we needed to take this decision, to cut the cord. Otherwise we [would] start going downhill gradually, that is an automatic process in itself. When you want to cherish it, you cherish it at a high point.”

The days of Maqsood making stage appearances with his bandmates may be over but he’s still got a lot to show the world. Just last month he released eight original nursery rhymes in Urdu, written and composed by him that were accompanied by cute animations. He said his sole purpose was to provide Pakistani children with quality Urdu content.

Maqsood’s journey as a solo artist has led him to explore new avenues. He sang covers of songs on his piano at home and floated them out on Instagram. He took on the mantle of music producer and helmed a thumping, groovy Soundstation. He revamped the jingle of a well-known tea advertisement and, most recently, collaborated with SomeWhatSuper for the Pakistan Super League franchise the Quetta Gladiators. All of this he did with his upcoming songs in the pipeline.

In an interview with ICON earlier this year, he revealed what the music he has been working on was going to sound like, “The new songs that I have been working on are all uplifting, lighthearted, desi pop.” He revealed that he is gearing up for live performances as well. “I’m also getting my live band ready and preparing to go on stage, alone, for the very first time. I don’t know when that will be though.”

Kapadia spoke to Images more recently and said he never thought he’d have a solo music journey but now that he’s in it, it’s very exciting. He expressed a desire to learn more and go through an “organic” re-invention. “The phase of my life where I am now, getting a hit song or getting popularity is not a priority anymore. The priority is to improve my ‘musician-ship’. I want to try new things. I want to do new music experiments. I want to work with new people. Every project and every new thing I try will have a lot of learning, so that is the exciting element for me right now,” he said.

And it seems like Kapadia acted on his desire to explore new territory by landing a song in Coke Studio season 14, alongside rap artists Talha Anjum and Talhah Yunus of Young Stunners. Their collaboration was for the song ‘Phir Milenge’ that was just the right mix of groovy and emotional. Interestingly, it was Coke Studio that made Kapadia consider a solo career.

“I never thought I would have a solo career till I received a call from Xulfi to do a song for Coke Studio,” he said. “I tried convincing myself after that. I said to Xulfi, ‘You know Strings has been a part of my life for more than 33 years and mein toh sochta hee nai hun key mein kuch hun [I don’t even think I’m something on my own]. Without Strings I don’t want to even consider anything’. I kept talking to him and he told me ‘you should do it, it’s important’. We talked generally about music and his philosophy, and I shared mine and I think in that instance, that call made me realise I need to do music again, not for the sake of fame or money or anything, no, but for the sake of learning.”

Though both artists have parted ways, they seem to be heading in directions filled with surprises for their fans and adventures for themselves so we can’t help but accept the end of an era the band break up has been.

Besides, Strings will always live on – through their music and through the undying love of their fans.