When Shah Rukh Khan made Angelina Jolie laugh but at the expense of Sanjay Leela Bhansali, here’s what happened 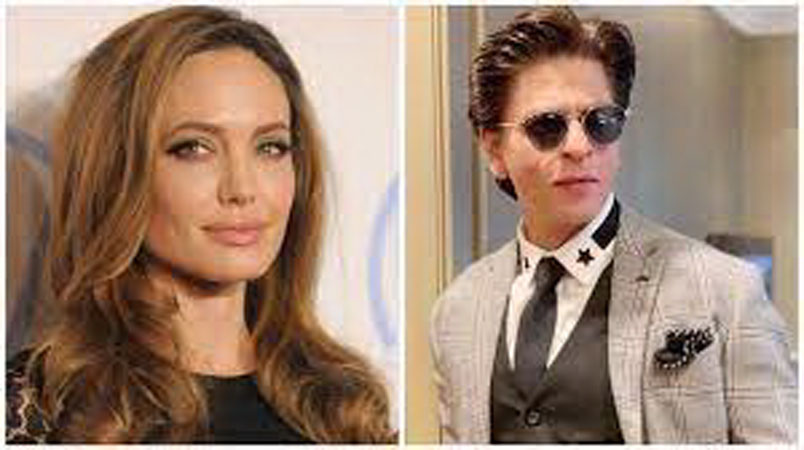 Bollywood actor Shah Rukh Khan, the king of romance, has to do nothing but smile and flick his hair to woo a woman. The actor is known for his charismatic personality and there is hardly anyone that we know of who is not swooned by his antics. Be it be his witty tweets or his sharp sense of humour, Shah Rukh knows how to charm people.

Once he even made American actress Angelia Jolie chuckle and blush. Angelina and Shah Rukh had presented the first-ever IIFA Awards in London in 2000. The ceremony was hosted by Yukta Mookhey and Anupam Kher. SRK and Angelina had taken over the stage to announce the nominations and the winner under Best Actress category.

That year, most of the awards were won by Sanjay Leela Bhansali’s Hum Dil De Chuke Sanam, including the Best Actress. Aishwarya Rai Bachchan, who was the female lead in the Salman Khan-starrer romantic drama, won the award. However, due to some reason, she was not there at the award ceremony and SLB took the award on her behalf.

At the start of the ceremony, as SRK walked on-stage with Angelina, he had said another thing that made Angelina blush. The Pathaan actor said, “Good evening, once again. This is really, really nice. And yes, more so now, because I’m in the company of Angelina.”

22 years have gone by to this incidence and if you ask us, we would pay a billion bucks to see SRK and Angelina in the same frame once again. What about you?