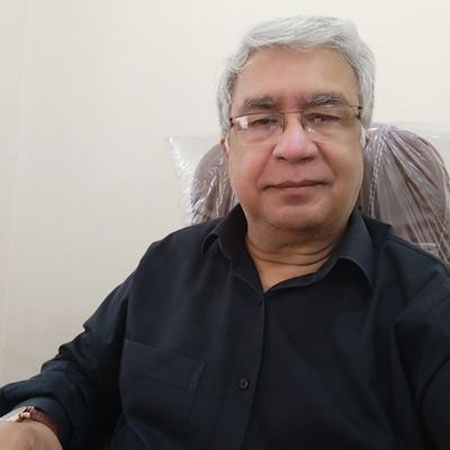 As a metropolis and global city, London inhabits diaspora from worldwide and is somehow connected with the world because of its colonial heritage. It provides an opportunity for the diaspora to assimilate into the British Culture. Still, the process of assimilation has not succeeded in creating unity, harmony, and monolithic cultural patterns in England. The failure of assimilation may have multiple reasons, but the most significant, especially about the Pakistani Diaspora, is that they adhere to their indigenous cultural values. Even if they pass through and acquire a level of assimilation, they occasionally tend to invoke their cultural patterns and exhibit a violent manner that they care more about alienation and isolation than assimilation. The issues of the Pakistani diaspora have been highlighted by Qaisa Shahraz in the short story ‘A Pair of Jeans’ and by Hanif Qureshi in his ‘The Black Album,’ but Nadeem Aslam portrays the best the Pakistani diaspora trends in his world-renowned novel ‘Maps for the Lost Lovers.’ Nadeem Aslam has produced ‘Wasted Vigil,’ ‘The season of Rainbirds, ‘The Blindman’s Garden,’ and the Golden Legend.’ Still, the most representative of the Pakistani Diaspora and its indigenous cultural values is ‘Maps for the Lost Lovers.’

The trends of isolation are hosted in the novel through a specified area, called ‘Desert of Loneliness’ in London, which is segregated from the rest of the city with its physical and mental borders, but these boundaries become sources of failures for lovers, especially. The lovers living here are in three categories and generations. The first one is Shams and Koukab. Shams is a bold, liberal, readily absorbable, and sociable personality, but his wife Koukab is traditional. She dislikes the ways of the British culture and constantly attempts to keep herself pure and away from the cultural practices of the Natives. The primary issue arises when her children begin to follow the British ways of life. For example, she remained unable to accept Charagh’s living with a white woman without marriage. She attempts to halt the process but fails very severely and is left with the option of weeping and crying silently in her kitchen. The second lover of Shams, Soraya, is equally liberal and understanding as Shams is and has reached London to solve her issue of Hallala to save her family after her husband rashly divorced her in quick succession. She finds fireflies on a lake nearby, where she sits and enjoys the scene while contemplating her life in Pakistan and London. The Fireflies begin to tempt her more than her family in Pakistan.

Many believe that this is an honor murder because the brothers, Chotta and Barra, could not tolerate that someone should love their sister without their permission.

So, the butterflies of happiness that could have flourished in the life of the lovers disappear so soon, and the moth of love that could hover over their candle of love also dies even before it could show its presence.

Besides the matters of love and the refusal of the Pakistani diaspora to accept the change while they encounter cultural invasion and cross-cultural interaction, the novelist has referred to many subversive and discursive activities that the Pakistani immigrants carry, serve, and remain unable to shed away. At the same time, they reside in the free and independent British culture. They become responsible for the lousy name Pakistan earns in the foreign lands because of their subversive activities. Even if the British law helps prevent the social ills of diaspora, the culprit’s minds fail to mend them and keep on spreading their evil designs all around.

The novel gives out a loud message to the Pakistani immigrants to create a level of tolerance and love if they want to be a part of the foreign culture and have to shed their prejudices to some extent to save themselves from the cultural shock they feel.

They need to develop a love for humanity to keep their children from embarrassment and cultural imbalance when they begin to reside in London or any other developed metropolis. Through his advice not to remain in isolated pockets, Nadeem Aslam becomes a part of the mainstream to avoid further alienation.

It is also an issue of the diaspora that their identity is reframed and redesigned, especially for the next generation born in England.

They get confused and remain unable to perform neither for their country nor for themselves to the full extent. The saner approach is to create a positive and healthy balance between the indigenous cultural values and the absorption within the culture and life they live.