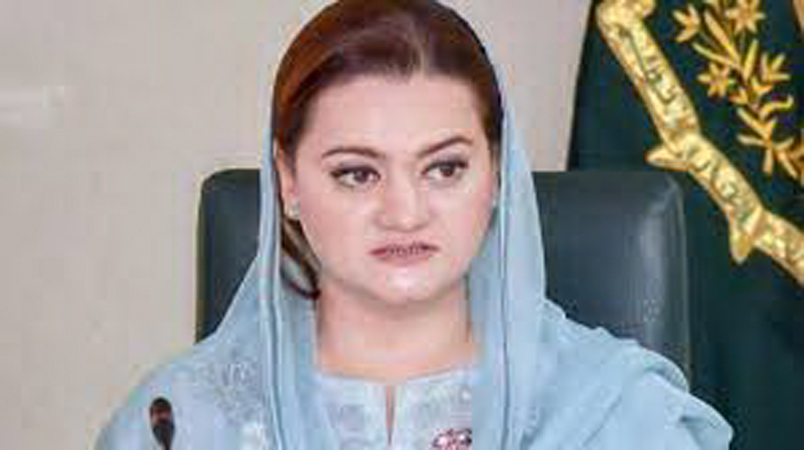 Responding to PTI Chairman and former prime minister Imran Khan’s whitepaper against the coalition government, Federal Information Minister Marriyum Aurangzeb Sunday said if his mantra of corruption was true, then why he failed to prove charges against the opposition leaders in his three and a half years of rule.

Addressing a press conference in Islamabad shortly after Imran defended the exorbitant increase in Farah Khan’s wealth, Marriyum said not only corruption charges could not be proved in the Pakistani courts, but also the UK’s National Crimes Agency had concluded that Sharifs were not involved in money laundering.

She said the PTI government sent Anti Narcotics Force (ANF) after Rana Sanaullah and submitted fake documents to the court adding that Imran had instructed the FIA director general to make cases against Khawaja Asif.

She said Imran Khan’s political career was riddled with lies and he had repeated the same old and “worn-out” allegations on Sunday.

She said Farah Khan alias Gogi’s wealth could be traced back to Bani Gala, as she was his front person in Punjab, says a news report.

“Imran Khan appointed Buzdar as Punjab chief minister to get bribes for transfer and posting,” she claimed.

“The Assets Recovery Unit [under Shehzad Akbar] was asset making unit. Where is Shehzad Akbar now?” she said, adding that every plan laid out by Akbar was meant to plunder wealth.

Marriyum said not only did Khan sell state gifts from Toshakhana (gift repository), but also took away a government vehicle of worth Rs150 million.

She also claimed that Imran khan received a pistol as gift from a foreign country and it was not declared with the Toshakhana, hence it was “smuggled” to Pakistan. Comparing this with the charges against PML-N Quaid Nawaz Sharif, Marriyum said Nawaz was ousted from power on the basis of Iqama.

In 2017, Nawaz was disqualified for lifetime after the Supreme Court ruled that a UAE Iqama – or work visa – made him entitled to receive a salary, while he was still the prime minister and had not declared that income.

Marriyum said Imran Khan’s call for a long march on Islamabad at the end of May marked the demise of his politics. She said Khan damaged Pakistan’s relations with all Muslim countries during his rule and now he had used Masjid-e-Nabwi (SAW) for his politics. The entire planning was done because of Khan, she said.

The information minister said the new government had put the country on the path of development and in the first phase it ensured fuel for power plants and now it was getting LNG on May 7.

The government had instructed the officials to ensure “zero load-shedding” during Eid days, she said.