Trivialising anybody’s trouble is not only unjust but callous too. Enigmatically life obliges even good people many a time to prioritise the plight. For instance, doctors have to triage in certain situations in the medical profession. The irony of life is endless perhaps. As a young child, I recall the crowded Chaand Raat in the Aabpara market of Islamabad where women were doing last-minute shopping and kanch ki churyan of Hyderabad and Karachi were the most sought out Eid special items. As a young woman, I decided never to wear these beautiful glass bangles once I saw the exploitation conditions of home-based women who make this product. I wept oceans on comprehending that the crochet pieces I love are the cost of thousands of invisible women artisans’ eyesight. Experience with the social development “industry” made me a confidant of many lingos, layers and looks of damage, decadence, and discrimination. In my humble ability, I tried to create some models of development to eliminate the exploitation of brokers, transform the invisibility and wretchedness of the talented artisans and resultantly earned the wrath of many powerful begums and babus. Irrespective of the voluminous challenges faced during this journey, the comrade inside me is still restless about seeing the spectrum of (preventable) issues revolving around our labour force and the rights of the workers.

Once again, this year May Day was celebrated by the UN agencies, governments, civil society organisations and media with plain vigour. Beautiful posters, infographics, and appealing content will be widely circulated on social and traditional media and vows for giving and restoring the rights of the workers shall be echoed. However, the labourers in Pakistan, skilled and unskilled, employed, or unemployed will mostly remain unaware of this day, their privileges, their entitlements and continue with their deprived lives. Many of us who are seen as writers, journalists, activists and thought leaders despite knowing the human rights violations by many leading luxury brands will continue to order food, and buy their clothes, shoes, and other accessories. Is this a fait accompli? Are we the adherents of an arrangement that unmistakably annihilates the workers, right? There is neither concept nor chance for any upward mobility except in a few instances that too are cunningly marketed by elite individuals and nonprofits. So, if anyone enters into a job market as a janitor, waiter, domestic help, or any blue-collar job the greatest probability is of staying in a similar job and situation. According to some published reports from credible forums, Pakistan, despite some relevant laws, still has the worst form of child labour.

Structural changes based on the principles of inclusivity and human self-esteem should be the political choices, to eradicate both the poverty of income and opportunities.

The occupational hazards harm our children’s physical and psychological health and also put their lives at risk. It wrecked my heart on knowing that 90 per cent of the children in our country’s carpet industry’s workforce are aged four to 14 years. The working hours of these kids who commonly sleep and eat at their workplaces can last up to 20 hours a day and seven days a week. Consequently, many experience serious nutritional, dermatological, ophthalmic, pulmonary and emotional health issues. Imagine that if children of the elites or even those with a middle-class background have to live this life even for a day? Who can find it acceptable? Tragically, even many legislators ( women and feminists included) do not feel anything wrong about the plight of our workers including children. At times I wonder how many of us are conscious of the elephant in the room? Do we have the courage to ask our rulers, past and present legislators, policymakers and other influencers the following questions; how do you sleep while noticing out of school children begging on the roads of the capital and other cities? What have you done to cut child labour and all those who are in hazardous labour? There is a deafening silence on many pertinent issues as it will change the status quo. Hence the business’s existing ecosystem comfortably manufactures pseudo-disrupters and change-makers without creating transformative socio-political changes. Why is the sex trade, where the worst sufferers are not only women and children but minors and adults from the trans community who are not even sympathised with, intact in the Islamic Republic of Pakistan? Why are owners and buyers not exposed? As per a US-based nonprofit report, The Borgen Project, approximately 90 per cent of our 170,000 poverty-stricken street children are surviving in an extreme form of child labour, the sex trade. After passing the Prevention of Trafficking in Persons Act in 2018, the then Federal government convicted its first child pornography case. Additionally, the Prevention of Smuggling Migrants Act 2018 exists, to protect victims who traffickers have smuggled to other countries. It is understood that a vast lacuna exists between the finished and unfinished business.

There is a serious academic and intellectual muteness as may be obvious by the absence of informed and unbiased dialogues within public sectors and political circles towards a change in conditions and positions of the downtrodden people and a broader actual definition of health. There must be no short answers to these frown and froth creating questions. Nevertheless, there are speedy and doable solutions to redress the rights-based issues provided those who have the powers are willing to shift the equation. It is high time for our decision-makers including bureaucracies to get rid of the futile ceremonial actions. Some examples of allegorically convincing but practically unsustainable and unmanageable interventions include langar khana, panah gah, income support programmes, and Daanish schools.

Such programs may have obtained positive evaluations by the commissioned consultants or donor agencies but, these are catastrophic proxies of development. Such models promote segregation, exclusion, and class biases and are meant to crush human dignity. Structural changes based on the principles of inclusivity and human self-esteem should be the political choices, to eradicate both the poverty of income and opportunities. Only then real change can happen instantly. I pray that those in charge of our destinies will show courage and bring about immediate relief and humane policies and programs. I fear that it will not happen, and dangerous equalities will take their toll. 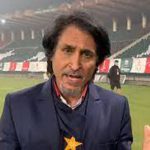 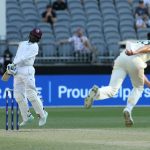 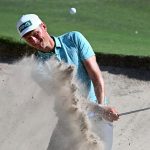