* 'One film of your contemporaries that you think you could have done a better job in,' host Karan Johar asked him 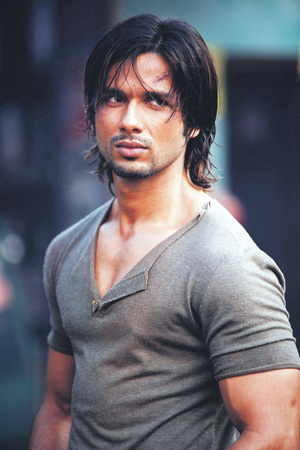 Ranveer Singh in a 2011 episode of Koffee with Karan declared that he could have done a better job in Kaminey than Shahid Kapoor.

But first, he asked aloud if Shahid could even be counted as his contemporary. Shahid appeared on the show in 2014 and responded to Ranveer’s comments.

“One film of your contemporaries that you think you could have done a better job in,” host Karan Johar asked him. Ranveer was joined on the show by his Band Baaja Baraat co-star Anushka Sharma. Shahid is five years older than Ranveer and made his acting debut seven years before him. Ranveer asked, “Is Shahid Kapoor counted as a contemporary?” Karan replied, “Yes, of course, all young actors.”

Ranveer said that he could have done Kaminey, often regarded as among Shahid’s finest performances, better than him. An incredulous Karan asked, “You thought you’d do better than him?” Ranveer nodded.

The host couldn’t resist asking Shahid about this in the next season, when the actor appeared as a guest on the show alongside Sonakshi Sinha. “In the last season of Koffee, Ranveer said that he could have done Kaminey better than you. Your comment,” he said. Shahid seemingly misheard him and said, “Ranbir. Yeah, Ranbir could maybe do it better. It’s possible.” But when the host corrected him, and said that he was talking about Ranveer, and not Ranbir Kapoor, Shahid shook his head. He said, “Ranveer? No, I don’t agree with him.” Sonakshi chuckled.

Koffee with Karan is known for pitting actors and filmmakers against each other, via Karan’s rapid fire questions in which he often asks his guests to rank their contemporaries in order of ‘hotness’ or ‘talent’. The show is rumoured to be returning soon.

Shahid was most recently seen in the box office flop Jersey, which arrived in theatres after numerous pandemic-related delays. The film was released in the wake of a record-breaking performance by KGF: Chapter 2. Ranveer will next be seen in Jayeshbhai Jordaar, due out on May 13.