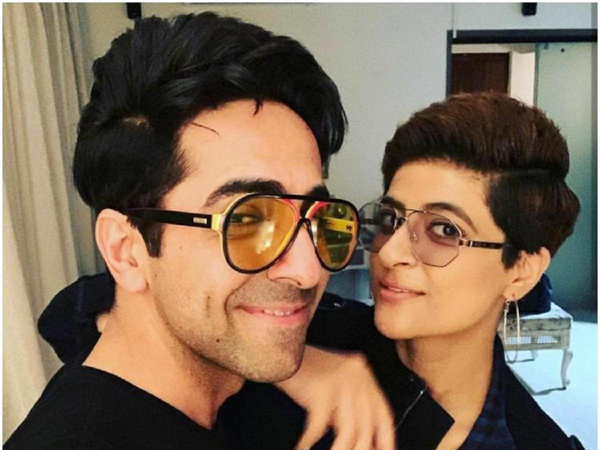 Tahira Kashyap talked about her sex life during her recent appearance on a show hosted by fitness enthusiast and actor Shilpa Shetty.

The writer-filmmaker has talked about it in her latest book The 7 Sins of Being a Mother and was asked about the same by Shilpa. Tahira is married to actor Ayushmann Khurrana and the couple have two kids: 10-year-old son Virajveer and 8-year-old daughter Varushka.

Shilpa told Tahira that she loves her non-prude attitude. Tahira replied, “But it is what it is no! Its sex and it is great and it’s good.” When Shilpa asked her to rate sex as a workout, Tahira said, “Even a quickie, in our case, costs a lot of calories, so” Tahira also talked about going bald during her battle with cancer. She revealed how she got her head shaved while being alone at home. She claimed that after looking into the mirror, she said to herself, “who’s this sexy thing?” She added, “I found myself so sexy”.

Tahira mentioned how she was blown away by Sonali Bendre’s bald look when the latter returned home after undergoing cancer treatment in the US. However, she added that she wasn’t aware she’s be in the same position just six months later. Like Sonali, Tahira also battled cancer and shaved her head during chemotherapy.

Tahira claimed that she loved pictures of Sonali stepping out of the airport in a bald look, with kohl in her eyes and a smile on her face. She said, “wow what a woman,” and added, “Cut to six months later, I didn’t know I would be in the same position.” Meanwhile, Ayushmann has three films in his kitty. He will be seen as a doctor in Doctor G, as a soldier in Anek and as an action hero in film of the same name. He was last seen in Chandigarh Kare Aashiqui as a bodybuilder.