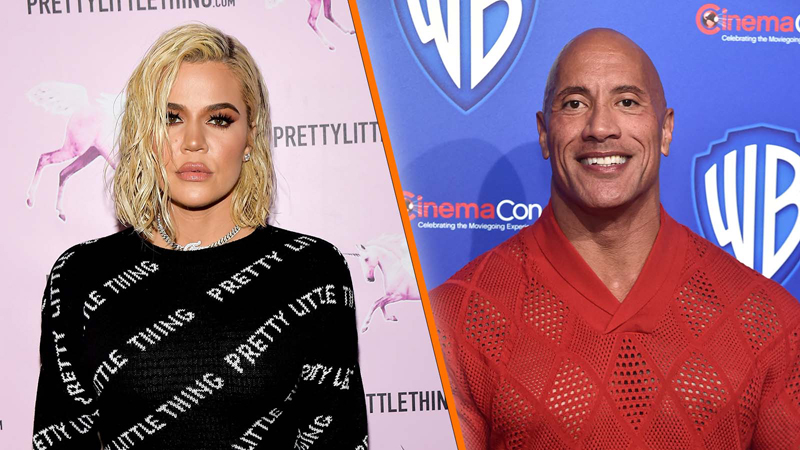 Khloe Kardashian’s wax figure kicks serious Dwayne Johnson butt. When the former professional wrestler stopped by the Las Vegas Madame Tussauds wax museum on Wednesday to see check out his new likeness, he shared some light-hearted commentary about the Good American CEO’s wax model, which was positioned right beside his.

“I gotta introduce you to my neighbour,” he said in the viral TikTok video while walking over to Khloe’s figure. He then posed next to the wax statue and flashed his infamous lifted eyebrow. “I mean guys, look at that. We look kind of cool together, right?” However, the Red Notice actor, 49, noticed that Khloe’s figure-which was dressed in a black lace tank top and blue jeans-offers a little more in the wax butt department than his does. “Wait a second,” he said while panning the camera from the reality TV star’s wax backside over to his. “I mean guys, that’s amazing.”

He then asked the museum officials if they could “add a little bit more to my glutes,” adding, “Give me some glutes, like that!”

Khloe, 37, reposted The Rock’s hilarious TikTok video to her Instagram Stories on April 27, writing, “Looks like I am in INCREDIBLE company!!! Yessss @therock.” She also said that she was “crying” laughing and noted that the museum “hooked me up” when Dwayne mentioned the size of the wax figure’s butt.