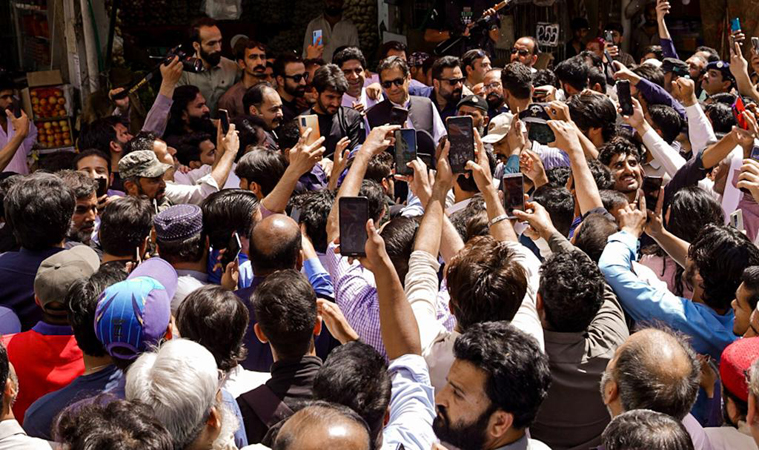 In an unusual move, PTI chief Imran Khan visited the Karachi Company market of Islamabad on Saturday noon. He also went to the home of PTI MPAs Asia Amjad who has been recuperating after a brain hemorrhage. The former prime minister arrived at the Karachi Company market in G-9 “unannounced” and “without security protocol”, according to PTI’s official Twitter account. “The chairman PTI was warmly welcomed by the citizens present in the market,” it said. In a video shared by the PTI, people shout slogans in favor of Imran Khan. The PTI chief also visited Asia Amjad, Punjab MPA from Chakwal, who was admitted to a Rawalpindi hospital on April 18 after a brain hemorrhage earlier this month. Amjad and other PTI leaders have said that her condition was caused by violence in Punjab Assembly on April 16 when Hamza Shahbaz was elected Punjab chief minister. Medical reports, however, suggested that a sudden rise in blood pressure and diabetes caused a clot in the brain. On Saturday, photos showing Khan and other PTI leaders at Amjad’s Islamabad residence were posted to Twitter two accounts with one claiming that the other was fake.