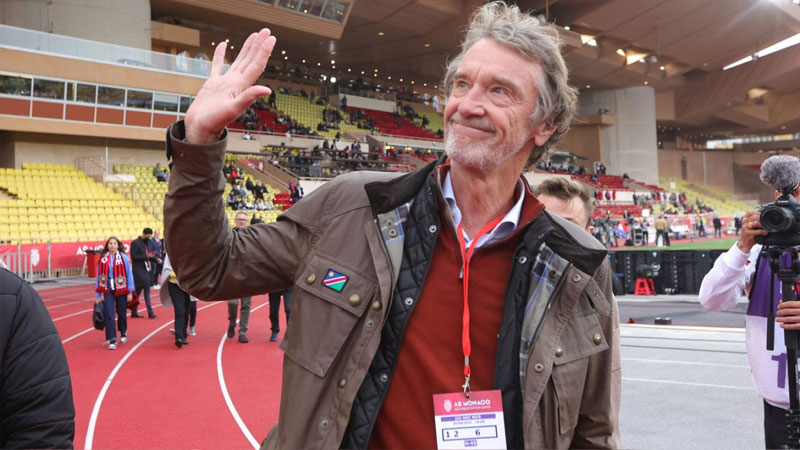 LONDON: British businessman Jim Ratcliffe has made a £4.25 billion ($5.3 billion) offer to buy Premier League club Chelsea, his company Ineos said on Friday. The club’s Russian owner Roman Abramovich put the Blues up for sale on March 2 before being sanctioned the following week by the British government over Russia’s invasion of Ukraine. The lengthy sale was believed to be close to a conclusion, with New York bank the Raine Group — handling the process for Abramovich — reported to be set to announce their preferred bidder. But Ratcliffe has now thrown his hat into the ring, with a bid that would mean £1.75 billion of investment into Chelsea over 10 years while a further £2.5 billion has been committed to a charitable trust to support victims of the war in Ukraine.

It has been reported that Ratcliffe’s offer is the biggest so far for the London club. Ratcliffe founded chemicals company Ineos, which is known for its sponsorship of British cycling’s Team Ineos. The 69-year-old explored a potential bid for Chelsea in 2019, but instead purchased French club Nice.

“This is a British bid, for a British club,” an Ineos statement said. “We will invest in Stamford Bridge to make it a world-class stadium, befitting of Chelsea FC. This will be organic and ongoing so that we will not move away from the home of Chelsea and risk losing the support of loyal fans. We will continue to invest in the team to ensure we have a first-class squad of the world’s greatest players, coaches and support staff, in the men’s and women’s games. And we hope to continue to invest in the academy to provide opportunity for talented youngsters to develop into first class players.”

Los Angeles Dodgers co-owner Todd Boehly, former Liverpool chairman Martin Broughton and Boston Celtics co-owner Steve Pagliuca are the figureheads of the other three consortiums bidding to buy the 2021 Champions League winners. Chelsea hope to have a new owner in place by the end of May as boss Thomas Tuchel looks to plan for next season. Due to the sanctions on Abramovich, Tuchel is currently unable to offer new contracts to existing players or sign players from other clubs. Chelsea defenders Antonio Rudiger and Andreas Christensen are both expected to leave on free transfers at the end of this season. Once the Raine Group selects a preferred bidder, the government must then grant a new licence to allow the sale to be completed.