A book a day keeps the blues away; Your lockdown reading is here 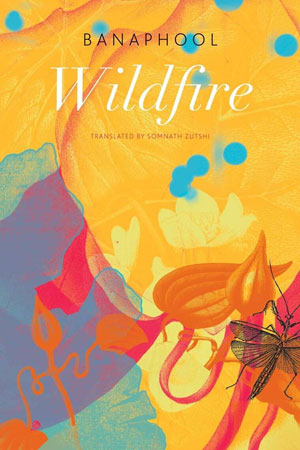 Reading is a solitary act, but during the lockdown, you can be alone together with other book lovers, thanks to these digital initiatives Thousands of e-books are just a download away; many are available on discount, others, free of cost. Publishing house Juggernaut Books has made select titles available for download free on its mobile app. Read the prize-winning Early Indians by Tony Joseph or actor-writer Twinkle Khanna’s Pyjamas are Forgiving, if you are in the mood for something light. For a dose of history, you can turn to Kohinoor by William Dalrymple, or, for policy discussions to Good Economics For Hard Times by Nobel prize-winning economists Abhijit Banerjee and Esther Duflo.

National Book Trust is also offering some of its titles for free download, as part of its initiative #StayHomeIndiaWithBooks. Over 100 books, in various Indian languages, including Ahomiya, Bangla, Guajarati, Malayalam, Odia, Marathi, Kokborok, Mizo, Bodo, Kannada, Sanskrit, can be downloaded from its website nbtindia.gov.in. Most of these are for children and young adults, but there are also classics by there Rabindranath Tagore, Premchand and others. More titles will be added soon.

Kolkata-based Seagull Books is offering a free book a day, available for download from its website. The first batch of seven is already out, which includes translated works of writers Banaphool, Alawiya Sobh, Florence Noiville, among others. Return to the site each Sunday for a fresh stash for the week.

Author Chitra Banerjee Divakaruni has penned the first chapter of what is to become a crowd-sourced novel – possibly an apocalyptic one, given the times – in which, Manaroma, a school teacher, wakes up to find not only her husband and children missing, but the whole city quiet. Initiated by Harper Collins India, anyone can participate in the contest and the collection of the prize-winning chapters will result in a book.

The annual Jaipur Literature Festival has also announced a new series called ‘Brave New World’, in which the sprawling grounds of Diggi Palace have been replaced by the boundless possibilities of the internet, with interactions with over 40 authors including Jhumpa Lahiri, Michael Palin, Robert Macfarlane, Aanchal Malhotra, Bee Rowlatt, Edmund de Waal, Peter Carey, Roger Highfield, Tom Holland, among others. Instead of putting out videos of older sessions, the organisers decided to have “digital-specific format, a point-of-view, one-on-one, half-hour sessions, directly talking to the viewers, taking questions”. Peter Frankopanm, who argued about “the danger of a forthcoming pandemic” in a magazine article in December after the outbreak in Wuhan, will be in discussion with Pulitzer-prize winner writer and oncologist Dr Siddhartha Mukherjee; Tom Holland will be talking to Stephen Greenblatt about Roman poet-philosopher Lucretius’s warning on pandemics.

Organised by Niyogi Books on their facebook page, many authors are doing readings of their works. Kerala Sahitya Akademi Award-winning writer E Santhosh Kumar narrated a short story from A Fistful of Mustard Seeds, which was originally written in Malayalam over two decades ago.

Roli Books has launched their digital initiative, Roli Pulse, which will see podcasts, weekly debates and virtual book clubs. They have also been running a weekly line-up of authors speaking on various issues. This week saw activist Aruna Roy discussing the migrant exodus due to the lockdown with Chirag Thakkar, commissioning editor at Roli Books, while Sujata Assomull and fashion designer Rahul Mishra contemplated on the Indian fashion scene in the times of COVID-19.

Watch out for Harper Collins’s virtual reading party along with ‘The Curious Reader’, a portal for booklovers, on Instagram Live. The first edition, on April 11, will be called ‘Chai Time’, and it will feature Richa S Mukherjee, author of Kanpur Khoofiya Pvt Ltd.

Pan Macmillian has also joined the bandwagon with a ‘Reading Space’, where they will post videos and articles every Tuesday from their authors, on a range of topics – investigative stories, history, culture and travel, climate change, personality development and spiritual guidance. The first one was by Ankur Bisen, author of Wasted.

JCB Prize for Literature has also announced a series on their Instagram called the #TheJCBPrizeCatchUp. Here, readers and aspiring writers can interact with authors and dwell upon the challenges the virus has brought to fore – isolation, loneliness and sickness and how that affects their creative process. On April 11, Mukta Sathe will talk, followed by Vivek Shanbhag on April 13, and Roshan Ali on April 15.