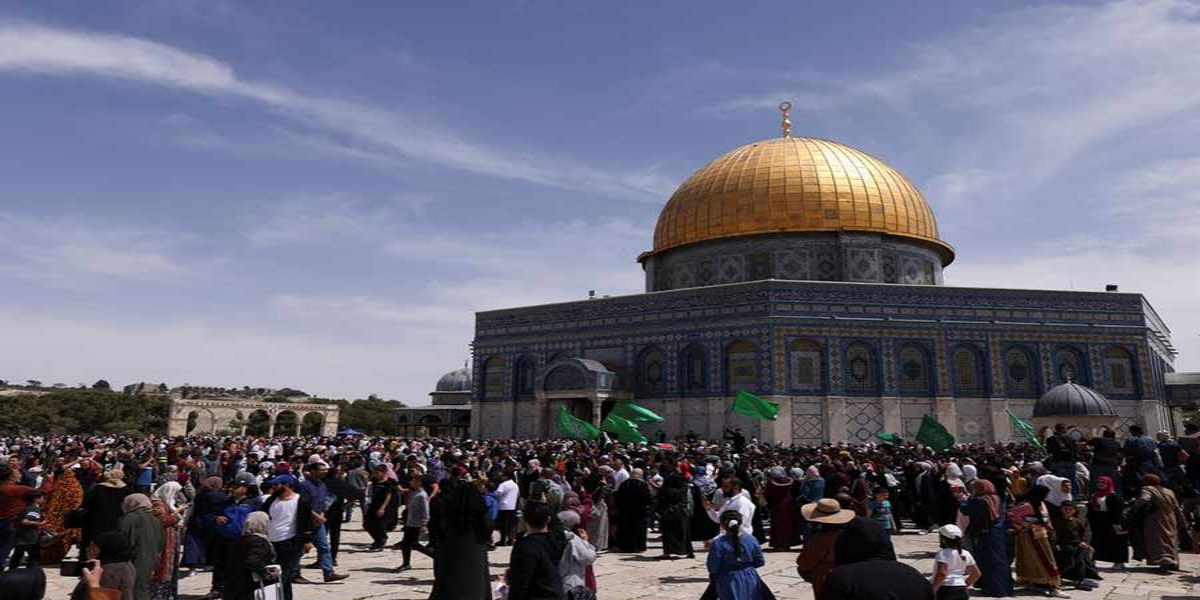 The unrest came on the final Friday in the Muslim holy month of Ramadan. None of the injuries were serious, the Red Crescent said, adding that 22 people had been taken to hospital.

Israel’s police said forces entered the compound after “rioters” hurled stones and fireworks, including down towards the Western Wall, the sacred Jewish site below Al-Aqsa.

Police said three people had been arrested, two for throwing stones and one for “inciting the mob”.

“For the past hour, the site has been quiet and (Muslim) worshippers are safely entering (the compound)” police said.

But tensions remain high at the site in the heart of Jerusalem’s old, walled city, part of Israeli-annexed east Jerusalem.

Over the past two weeks, nearly 300 Palestinians have been injured in clashes at the Al-Aqsa compound, Islam’s third-holiest site which is the most holy site for Jews, who call it the Temple Mount.

Large troops of Israeli forces raided Al-Aqsa mosque this morning amid a heavy use of tear gas and rubber bullets against worshippers. pic.twitter.com/avKf6k9HMk

Israel’s incursions into the site during Ramadan have raised global concern, but the Jewish state has insisted it was compelled to act against operatives from the Islamist groups Hamas and Islamic Jihad who were seeking to spark widespread unrest across Jerusalem.

In an apparent attempt to ease tensions, Israel’s Foreign Minister Yair Lapid has stressed that the government was committed to the status quo at the compound, meaning adherence to a long-standing convention that only Muslims are allowed to pray there. Jews are allowed to visit the Temple Mount.

Muslim leaders have, however, been angered by a recent uptick in such visits/ Some voiced fears that Israel was seeking to divide the compound and create a space where Jews may worship. Lapid told journalists that no such plan exists. The fresh unrest comes at the end of Ramadan early next week.

Today, Al Quds Day, we express solidarity with the Palestinian ppl against the violence & oppression by occupation Israeli forces.Every Ramazan we witness condemnable attacks by Israeli forces against worshippers in Al Aqsa mosque, the third holiest site for Muslims, in Al Quds.

Violence in Israeli-annexed east Jerusalem has raised fears of another armed conflict similar to an 11-day war last year between Israel and the militant group Hamas, triggered by similar unrest at Al-Aqsa.

Recent weeks have seen isolated rocket fire from Gaza towards Israel and Israeli reprisals, but no casualties reported on either side.

The Al-Aqsa tensions have come against a backdrop of violence since March 22 in Israel and the occupied West Bank. Twelve Israelis, including an Arab-Israeli police officer, and two Ukrainians were killed in four separate attacks inside Israel. Two of the deadly attacks were carried out in the Tel Aviv area by Palestinians.

A total of 26 Palestinians and three Israeli Arabs have died during the same period, among them perpetrators of attacks and those killed by Israeli security forces in West Bank operations.