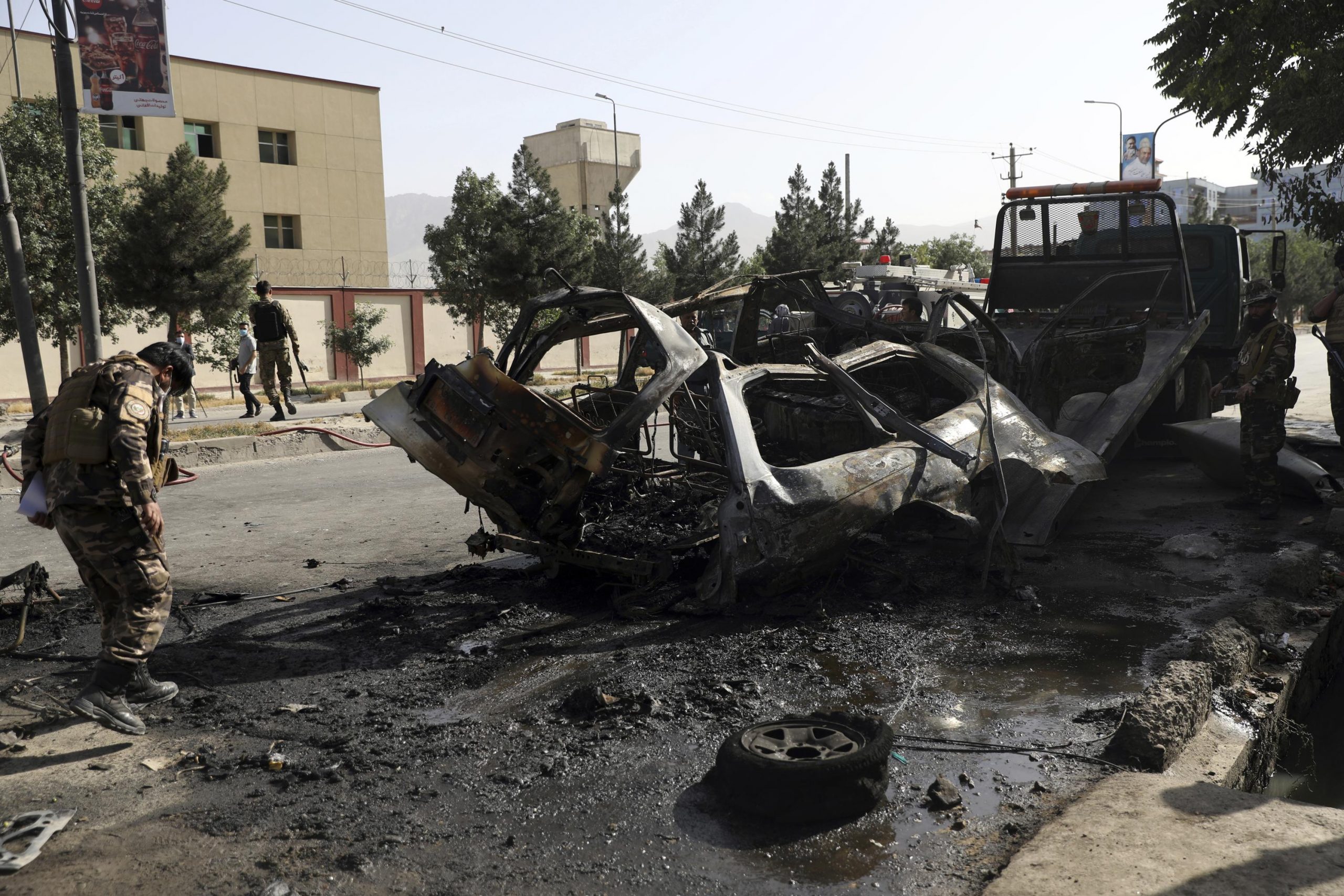 Kabul: The Islamic State group claimed two bomb blasts aboard minibusses that killed at least nine people Thursday in Afghanistan’s Mazar-i-Sharif, a week after a deadly explosion at a mosque in the northern city.

The number of violent public attacks across Afghanistan has fallen since the Taliban returned to power last August.

A string of deadly bombings targeting minority communities has convulsed the country in the past two weeks during the fasting month of Ramazan.

Thursday’s blasts occurred within minutes of each other in different districts of Mazar-i-Sharif as commuters were heading home to break their dawn-to-dusk fast, Balkh provincial police spokesman Asif Waziri told AFP.

“The targets appear to be Shiite passengers,” he said, adding that 13 people were wounded in the blasts.

The regional Islamic State chapter, ISKP, took credit for the bombings, which it said inflicted 30 casualties.

Images posted on social media showed one minibus engulfed in fire, while the other was mangled, with Taliban fighters seen transporting victims from the vehicle to hospitals.