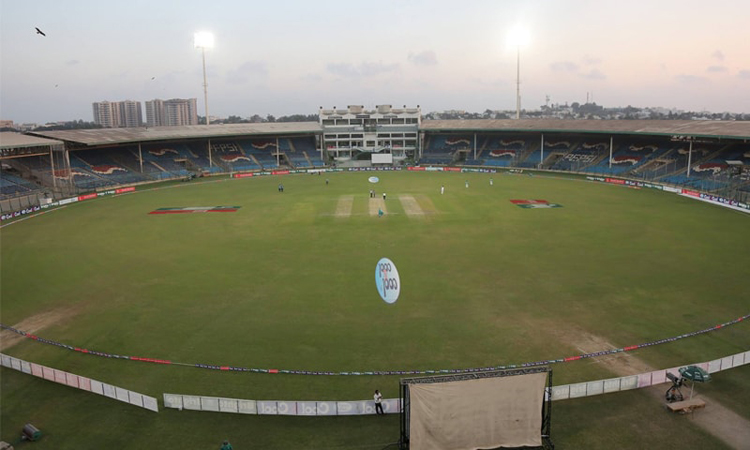 High Performance Director Nadeem Khan spoke to the participants in the first-half of the seminar and made a presentation on players tracking system.

The player tracking system has been in use for the last two seasons and is aimed to evaluate a player’s performance in an analytical manner with allocation of points.

Nadeem’s interactive presentation was followed by an extensive evaluation and review session which was conducted by the head coach of the Pakistan men’s national cricket team Saqlain Mushtaq. Chief selector Muhammad Wasim also spoke to the participants about the goals and objectives of domestic cricket and how the selection and playing strategies need to be in sync with the Pakistan men’s national cricket team’s needs and requirements.

Director High Performance Nadeem Khan said: “We have been making extensive reviews at the end of the domestic cricket season in the last two years. This year’s review seminar was once again focused on a comprehensive debrief of the season in the presence of all 24 head and assistant coaches, Pakistan men’s team’s head, assistant and batting coach and the chief selector.

“We carefully reviewed the player profiling process that we introduced to the system two years ago. Player profiling helps us in determining a player’s performance, progress and shortcomings. Each player’s profile is built from the age-group level, the coach speaks to the players and agrees with them on what all is expected of them both on and off the field and how they can progress in their cricket careers.

“Over the last two years, we have succeeded in developing a robust players profiling system that has helped us immensely in tracking players in all aspects of their development. At the seminar, we discussed on the ways and means of further improving the system and how it can serve us well in the forthcoming domestic and international cricket season. I am pleased that we also had the men’s team’s coaches and chief selector present as the aim of domestic cricket is to work closely and in alignment with the aims, objectives, targets and goals of Pakistan’s national men’s cricket team.”

Saqlain Mushtaq, Pakistan men’s national cricket team head coach, said: “This was a very fruitful and rewarding session for us as we all reiterated our aim of taking Pakistan cricket to the top in all three formats. We identified areas of improvement, discussed the method and brand of cricket we want to play at the domestic and international level and how we needed all stakeholders to be aligned to our ultimate goal.

“Our collective aim is to make Pakistan dominate at the international level and to achieve this we have identified a set of benchmarks. Through constant reminder, aggressive style of play and strategy we can surely achieve anything and everything and I am pleased that the coaches at the domestic level as well as our relevant stakeholders are focused and determined and want to produce players that become world beaters.”

Muhammad Wasim, Pakistan men’s chief selector said: “Domestic cricket around the world is run in lines of the requirements at the international level to ensure that the gap between the two is as minimum as possible. In the last two years, we have delivered hugely competitive cricket seasons which have helped in improving both the pool of players as well as performance of the national side. We have been able to develop a quality-based domestic system with the reduced number of players which have helped narrow the gap between domestic and international cricket.

“Each year we have made robust reviews and have aimed to identify areas of improvement collectively so that all of us remain aligned. These reviews are extremely helpful in not only reviewing a cricket season but also in planning for the next cricket season and setting new targets and objectives for the coaches.”

Abdul Rehman, Khyber Pakhtunkhwa head coach said: “This assessment process helps the coaches review their own performances and evaluate where they stand in terms of the delivery of their goals and objectives while preparing for the season ahead. These workshops and seminars are held in a cordial atmosphere where all participants provide their feedback in a candid manner.

“This year too we have had detailed discussions which were aimed to identify areas of improvement and alignment of our collective goals and objectives. As we now start our preparations for the next domestic season, this review will help us figure out our plans, short and long term objectives with the ultimate aim of making a healthy and significant contribution to the further improvement of Pakistan cricket.”