Saba Qamar speaks about getting love from Bollywood 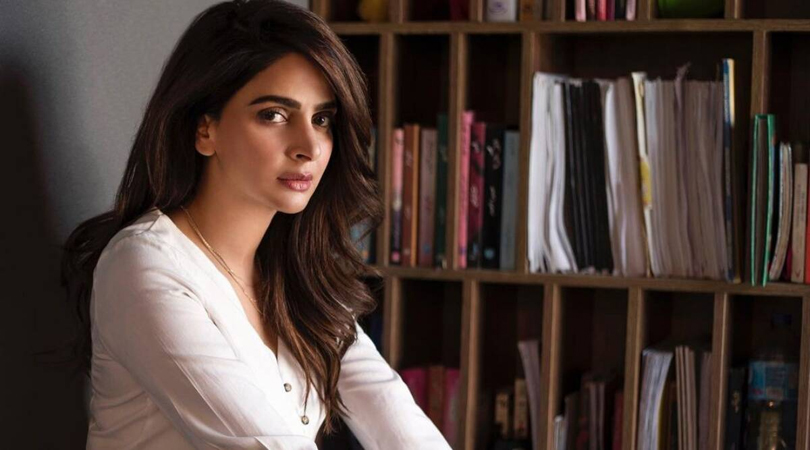 Actor Saba Qamar is grateful for getting love and appreciation across borders, even from some of the biggest superstars of Bollywood.

A video circulating on social media sees the showbiz A-lister Saba Qamar touching upon her Bollywood feat ‘Hindi Medium’ when she revealed that many Bollywood divas including Neetu Kapoor, Vidya Balan and Amrita Singh have been her fan since the movie.

Qamar confessed to being apprehensive initially when she signed the Bollywood title ‘Hindi Medium’ opposite Irrfan Khan and believed ‘it will be the worst production’ of her career, as she had to perform opposite an ace actor, but later got a ‘rousing reception’ on his performance.

She got appreciation from Bollywood’s veteran couple Rishi Kapoor and Neetu Singh as well. “They both watched my movie,” she stated. “Neetu Ji has watched my shows/dramas, they really liked it and then send me their appreciation video. That’s so sweet of them.”

Furthermore, the actor revealed that her fan following in Bollywood is not limited to the star couple. “Other than this, Amrita Singh and Vidya Balan also liked it,” Saba mentioned.

Speaking about the ‘Bhool Bhulaiyaa’ actor, Saba said, “When she [Vidya Balan] saw my film, she called me and messaged me right after that, I posted it on Instagram as well.”

On her super successful Bollywood debut, the ‘Cheekh’ actor iterated, “Normally, it doesn’t happen that you get nominated in ‘Best Actress’ category for the first film.” “Normally, it gets nomination in Debut category, But I feel I am blessed,” she concluded.

On the work front, Saba Qamar will be next seen in ARY Digital’s ‘Fraud’ alongside Ahsan Khan and Mikaal Zulfiqar.