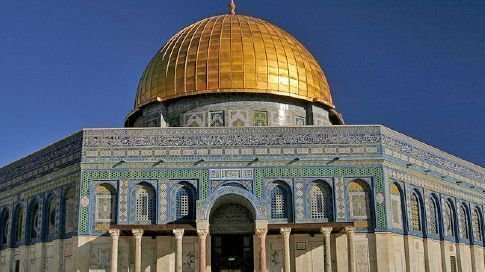 KARACHI: Consul General of Iran, Hassan Nourian on Wednesday called upon the Muslim Umah to show solidarity with the oppressed Palestine Muslims on ‘Jummat-ul-Wida’, which was declared as ‘Quds Day’ in 1980 by the leader of Islamic revolution of Iran, Imam Khomeini.

‘Quds Day’ is now observed every year on the last Friday of the holy month of Ramazan-ul-Mubarak in more than 80 countries throughout the world. It was aimed to express unity with Palestine Muslims fighting for their legal rights, he said while speaking to journalists at an interactive meeting and iftar-dinner reception, here at the Iranian Consulate.

He maintained that the founder of Pakistan Quaid-e-Azam Muhammad Ali Jinnah and Allama Muhammad Iqbal were amongst the top leaders of the Islamic world who took similar position on Al-Quds issue — aggression and occupation by Israel. In 1938, he referred to, Quad-i-Azam described the slain Arabs in the struggle against Israeli occupation as ‘ martyrs’ and he had strongly condemned the then British Imperialism for its support to establishment of an illegal regime in the territory of Palestine.

He said this year also witnessed that the occupying Zionist regime on sacred land of Palestine brutally attacked and injured a significant number of Muslim worshippers and desecrated our first Qibla, the holy shrine of masjid Al-Aqsa.

He said after establishment of Zionist Israeli regime, four million Palestinians were still living in the worst conditions at camps. Over two million Palestinians had been under complete humanitarian siege in Gaza for last 15 years, and it was very painful for the humanity in the last century. Thousands of people were being held, imprisoned, and tortured in the prisons of Israeli settlements and it was feared that with development of more such settlements, more Palestinians including children and women would be killed.

He quoted our last Prophet Muhammad (PBUH) that it is a duty of every Muslim to rush for helping other fellow believers when they are in trouble and call for help. Thus, the entire Muslim Umah must respond aggressively to the occupation and brutalities on innocent Palestine Muslims by Israel.

Iranian Consul General condemned the suicide attack on the van carrying Chinese teachers of Confucius Institute, at University of Karachi.

On this occasion, he also condoled the death of Madam Bilqees Edhi, wife of Abdul Sattar Edhi and remembered the great humanitarian services of the couple even in Iran during calamities.

He hoped that the relationship between the neighboring Islamic countries of Iran and Pakistan would further strengthen with the passage of time. Iran wanted to maintain better relations and coordination with Pakistan under the new government led by Prime Minister Muhammad Shehbaz Sharif.