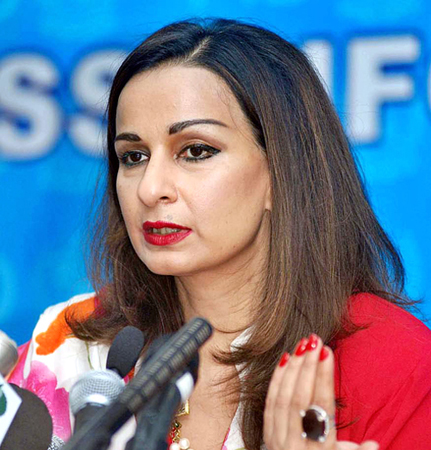 In a statement issued here, the minister criticised the previous regime for not taking adequate measures despite prior warnings issued by various international environmental watchdogs at the onset of the ongoing year.

Sherry said, “The former government should have taken precautionary measures to deal with the heatwave as international organizations had warned of a severe and prolonged heatwave in the region”.

The minister said the South Asia, including the world, was facing a severe heatwave this year. “The temperature in the border areas of Pakistan and India is expected to go up to 49 to 50 degrees Celsius”, Sherry Rehman added.

“Extreme heatwaves are a sign of climate change and global warming. Pakistan has been facing an unexpected heatwave since March”, she mentioned.

She further said that the temperatures in Pakistan were likely to rise by 6 to 8 degrees Celsius which was more than usual this year. According to the Meteorological Department, this year was the hottest month since March 1961, she added.

While enunciating the global warming impacts recorded this year, she said the rainfall in March alone was 62 percent less than normal. In 2018, Nawabshah became the hottest city in the world in the month of April when mercury went above 50 degrees Celsius, she underscored.

She urged the masses to take precautionary measures to avoid extreme heat.