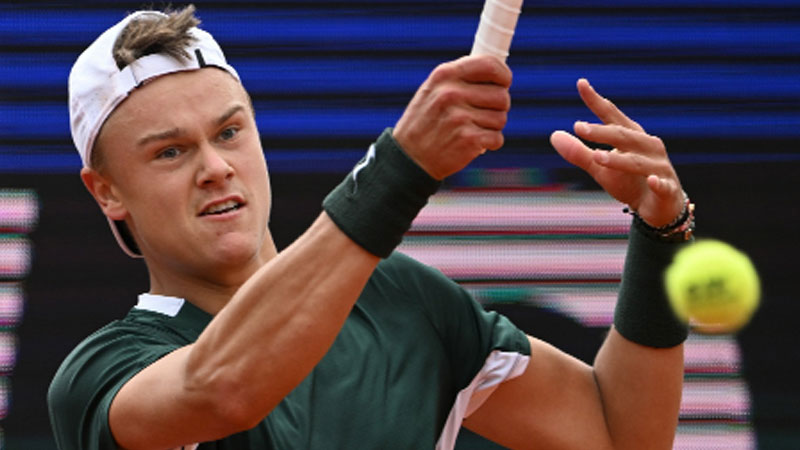 PARIS: Top-seeded Alexander Zverev was overwhelmed in his first match in the Munich ATP tournament by 18-year-old Dane Holger Rune 6-3, 6-2 on Wednesday. The German, ranked third in the world had been given a bye in the first round of a tournament he won in 2017, 2018, but only lasted in 1 hour 39 minutes in his second-roud match against the 70th-ranked Rune. Rune broke in the second game to lead 3-0. At 5-3 he had six set points. He squandered four set points on unforced errors in the ninth game. Then Zverev saved the fifth with a winner, before Rune converted the sixth by putting away a volley. Rune again broke at once in the second set and broke again to lead 5-1. While Rune had won the opening match in each of his last for tournaments, this was the first time this year he had won two matches in a row at an ATP event. It was also the first time he had beaten a Top 10 player. Rune, who turns 19 on Friday, will meet either Finn Emil Ruusuvuori, ranked 63rd in the world, or American Maxime Cressy, ranked 65th, in the quarter-finals.