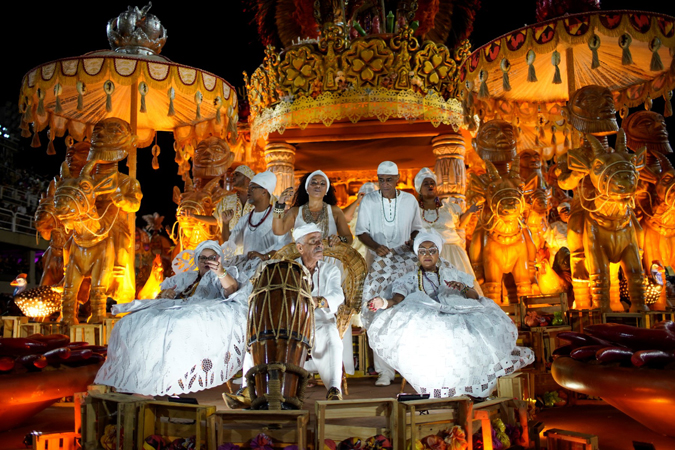 After a two-year hiatus due to COVID-19, the jury for Rio de Janeiro’s colourful, cutthroat carnival competition on Tuesday named the winner of the 2022 edition – a parade on the theme of religious tolerance. Grande Rio, a samba school from the impoverished neighbourhood of Duque de Caxias, claimed the coveted title for the first time in their history for a highly colourful, sparkling parade dedicated to the Afro-Brazilian deity Exu. It was a politically charged choice of theme in a Brazil where Afro-Brazilian faiths such as Candomble and Umbanda have been widely demonized by the country’s powerful Evangelical Christian movement, which is closely allied with far-right President Jair Bolsonaro. “We conceived our parade as a defence of our beliefs against religious racism and the demonization of Exu,” said the school’s creative director, Leonardo Bora. Twelve samba schools took part in the all-night contest Friday and Saturday, which had the city’s dedicated carnival parade venue, the “Sambadrome,” throbbing to the beat as a glittering, sequin-studded sea of dancers, drummers and floats flooded the avenue.