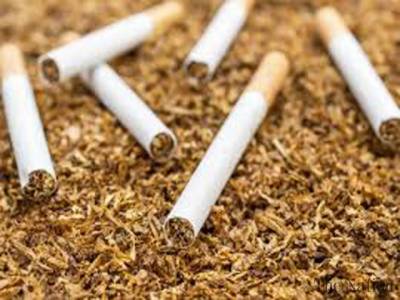 The Society for the Protection of the Rights of the Child (SPARC) organized a discussion to highlight tobacco taxation as a potential remedy to Pakistan’s ailing economy on Wednesday at a local hotel in Islamabad.

Khalil Ahmed Dogar, Program Manager SPARC, said that Pakistan was at the crossroads where sound decision-making was required. He said that the deficit faced by national exchequer required immediate attention of the policymakers however, it should be pro-people.

“Randomly increasing the prices of essential items is not going to help the country in longer run. Government should increase taxes on nonessential and hazardous items such as tobacco products as this will generate revenues and reduce health costs as well,” he said.

He added that in theory the decision of imposing higher taxes on tobacco products should be straight forward however due to misinformation spread by extensive campaigns by the tobacco industry, Pakistan’s policymakers haven’t taken any serious interest in this regard and tobacco products were being sold at lower rates compared to other countries in the region. “Due to easy and cheap affordability, number of smokers has reached up to 29m, alluring non-communicable diseases like cancer, diabetes, heart disease, stroke, and chronic lung diseases,” he said adding that in Pakistan, 170,000 people die yearly due to tobacco consumption.

Khalil Ahmed Dogar further added that tobacco use had direct and indirect effects on the health of children. “Daily 1200 children initiate smoking. Increasing tobacco taxes will bring this number down. Raising taxation on tobacco is the most suitable measure of reducing tobacco use and associated health risks, especially among low-income populations,” he suggested.

Shariq Mahmood Khan, CEO Chromatic Trust, highlighted that the use of tobacco caused an economic burden of 615bn annually, which is 1.6pc of Pakistan’s GDP. “This leads to significant negative externalities including high healthcare costs and lost productivity due to tobacco-attributable diseases. On the other hand, the revenue generated from the tobacco industry was 120bn in 2019 which was approximately just 20pc of the total cost,” he said.

He suggested new government should increase FED on Tobacco Products by 30pc as per WHO recommendation to generate additional revenue that could be used for the well-being of people.