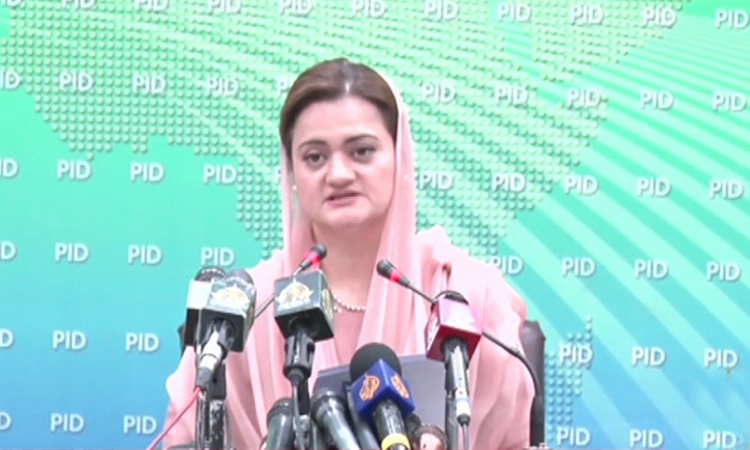 Federal Minister for Information and Broadcasting Marriyum Aurangzeb Wednesday said Prime Minister Shehbaz Sharif chaired the second meeting of the cabinet in which the entire cabinet strongly condemned the attack on Chinese nationals in Karachi University. It was also decided in the meeting that the entire security operandi would be reviewed regarding the Chinese nationals in Pakistan, in addition to overall security of the state. The Interior Ministry gave a briefing in light of which a new security plan was considered regarding CPEC related, Chinese related and other strategic partners working in Pakistan. It was decided that the Interior Minister would visit all provinces which would help review the security of the country, she said. The preliminary investigation regarding the Karachi attack had started already and the Chinese embassy had been assured that the investigation would be carried out on war-footings and they would be updated on every step on the way, she added. Addressing a media briefing at Press Information Department (PID), she said it was also decided in the meeting that the National Action Plan (NAP) would also be reviewed by the Prime Minister while an emergency meeting of the National Counter Terrorism Authority (NACTA) had been called. PM Sharif also directed the Interior Ministry to work with all provinces to review NAP and present a comprehensive plan to curb the recent rise in terrorist attacks in Pakistan, she added. In addition to this, the meeting also decided to review the rule 2020 regarding the bureaucracy the purpose of which was only harassing top bureaucracy, politicization and arm-twisting of the bureaucracy of Pakistan. A cabinet committee in this regard had been constituted which included Law Minister Azam Nazir Tarrar and Minister for Climate Change Sherry Rehman and Khawaja Saad Rafique ,which would submit a report in two weeks. The cabinet meeting also decided to hand over the services of EOBI Chairman Shakeel Mangrego to the Establishment Division. The minister went on to say that Shehbaz was also given a briefing by the Power Division and was told that within just the past two weeks majority of off-the-grid power plants were brought back online and out of the 27 shut down by the PTI, only seven units and three plants remained and those too would be brought back online.

She said the fuel supply to the plants would also be restored by May 7. Currently there was 18,727 megawatt electricity was available with a shortfall between 500-2,000 which would also be eliminated shortly. She said there was headway made in curbing diesel hoarding, she told the media.

The minister said, “If this corruption was so obvious and such an open-and-shut case, why did Imran not bring all that so-called looted wealth of the nation back in four long years? Why could he not prove corruption despite all record of NAB, FIA, ARU and even UK’s NCA? Why does Imran not feel ashamed for repeating same lies over and over again? The people of Pakistan are questioning Imran over his false corruption narrative. They are asking him why did he not prove any corruption with all his abuse of power for four years?

“This is all because it was all a big lie then and it is a big lie now. The foreign conspiracy lie, the corruption lie is all a strategy to avoid being held accountable for the disastrous rule of PTI. It is a smokescreen by Imran to hide the insane inflation, the uncontainable corruption and the unbearable unemployment caused by the Imran-led PTI government.”

She said it was laughable that Imran was claiming to be the flag-bearer of media freedom after censoring, taking channels and programs off-air, threatening, getting journalists fired en masse, harassing, attacking, abducting and shooting of journalists who criticized his government.

Imran, she said, had the audacity of claiming that he was being blacked-out by media, which was totally false. The truth was the people of Pakistan had blacked out Imran due to his lies and hypocrisy.

Responding to a question regarding safety of journalists in Pakistan, she said the government would work with media owners and media organizations to formulate an effective system and protocol to assure the safety and security of journalists. She also assured that the government would also make sure that the concerns regarding implementation of the wage-board and also about the payment of the salaries of the journalists.