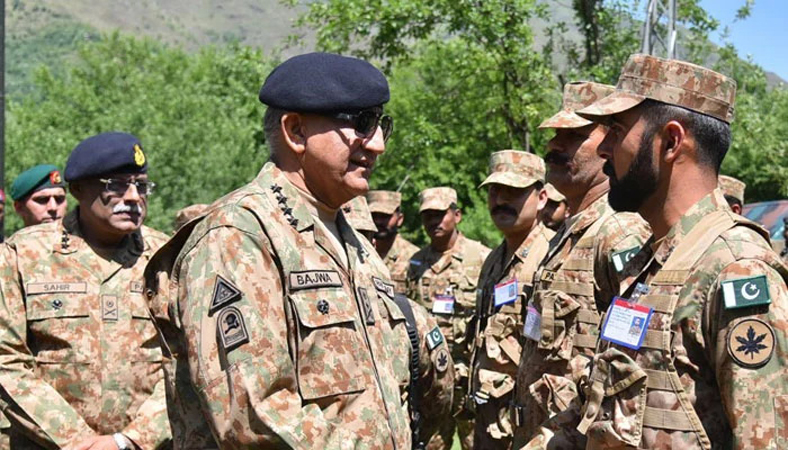 Chief of Army Staff (COAS) General Qamar Javed Bajwa on Wednesday appreciated the combat readiness and high state of morale of the troops stationed at the Line of Control’s (LOC) Chakothi Sector. According to Inter-Services Public Relations (ISPR), Gen Bajwa passed the remarks while visiting the forward areas along the LOC. During the visit, the army chief was briefed on the situation along LOC and the operational preparedness of the formation. He also interacted with the troops deployed along LOC in the Chakothi Sector and spent time with them. “COAS appreciated their combat readiness and high state of morale,” said the ISPR. Earlier, on arrival, COAS was received by Rawalpindi Corps Commander Lieutenant General Sahir Shamshad Mirza.