Zardari, Shehbaz to work together for democracy 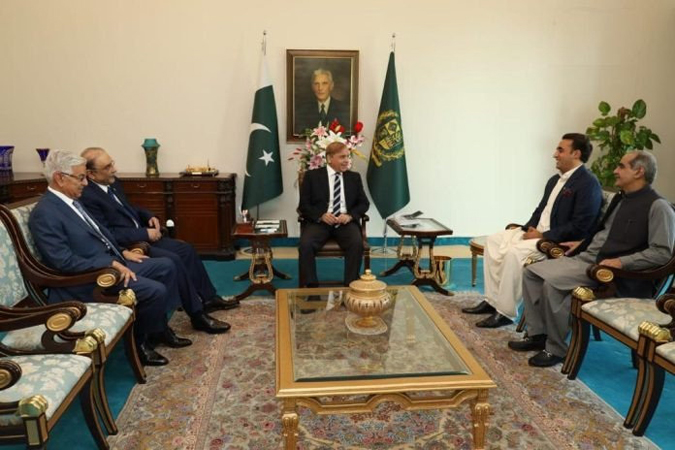 The prime minister said the country’s development was linked with the supremacy of the Constitution and democratic process.

They agreed to work in unison with all political parties for democratic stability as well as the public welfare.

The prime minister congratulated Bilawal on taking oath as federal minister and reiterated the resolve to overcome the prevailing challenges through mutual cooperation.

During the meeting, they agreed for mutual cooperation among all the political parties for strengthening of democracy and ensuring of public welfare.

During the meeting, they discussed the current political situation in the country and agreed to work with all the political parties for the strengthening of democracy.

Later, Syeda Nausheen Zehra, a PML-N member of the National Assembly, also called on the prime minister. She appreciated the prime minister for implementation of public welfare projects on priority basis and providing subsidies on flour and other essential commodities during the month of Ramazan. She also briefed the prime minister over the issues of her constituency.