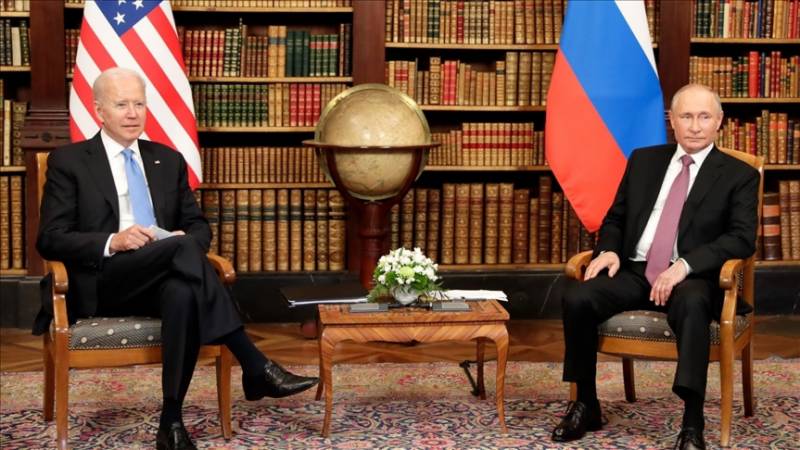 Washington: US President Joe Biden said Wednesday that “difficult decisions” had been made to secure the release of a former US marine jailed in Russia in exchange for a Russian pilot held in the United States. The prisoner trade comes at a time of soaring tensions between Moscow and Washington over Russia’s February invasion of Ukraine. While welcoming the return of Trevor Reed to his family, Biden said the negotiations that resulted in the prisoner swap “required difficult decisions that I do not take lightly.”

Reed’s “safe return is a testament to the priority my Administration places on bringing home Americans held hostage and wrongfully detained abroad,” Biden said in a statement. Moscow on Wednesday also confirmed the swap of Reed for Russian pilot Konstantin Yaroshenko. Reed’s parents told CNN they had spoken to their son, who “seemed to be in shock a little bit,” according to his mother Paula Reed.

Joey Reed described his son’s account of the handover, which he said took place on a tarmac in Turkey after he was transferred from a prison in Moscow. “The American plane pulled up next to the Russian plane and they walked both prisoners across at the same time, like you see in the movies,” Joey Reed said. The Reeds said they believed their son was headed back to the United States and feeling “fine,” despite a persistent cough. US Secretary of State Antony Blinken also praised the swap.

Reed, from Texas, was in July 2020 sentenced to nine years in prison by a Russian court after allegedly attacking police officers while drunk. He pleaded not guilty, saying he does not remember the incident. Yaroshenko was arrested in Liberia in 2010 for drug trafficking. He was then transferred to the United States, where he was sentenced to 20 years in prison in September 2011.