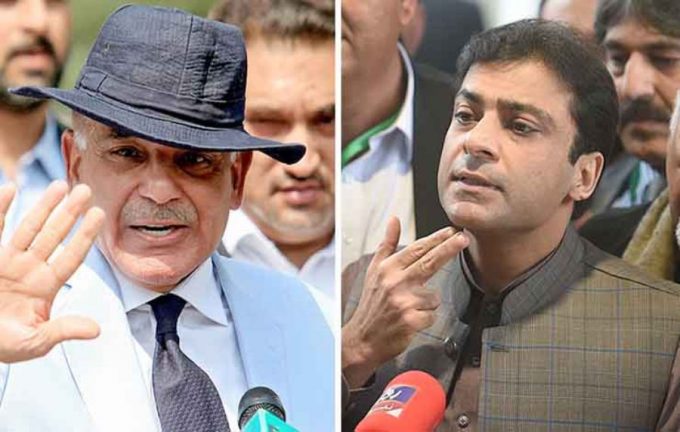 On Wednesday, the special central court of Lahore adjourned proceedings into the money laundering case against Prime Minister Shehbaz Sharif and Chief Minister Punjab-elect Hamza Shehbaz till May 14.

The CM-elect Hamza appeared before the court but Premier Shehbaz skipped the hearing owing to his other important engagements. The prime minister submitted an application requesting to grant him exemption from appearing before the court.

Prosecutor Aqeel Khan appeared before the court to argue the case.

The court heard the interim bail applications of Prime Minister Shehbaz Sharif and Hamza Shehbaz as their bails were ending today. The court was to hear arguments regarding the indictment of Shehbaz and Hamza.

During the hearing, the court was told by the FIA that the Investigation Officer (IO) of the case had been changed and new IO Nadeem Akhtar appeared before the court and requested it to grant him more time to get a grip on the case.