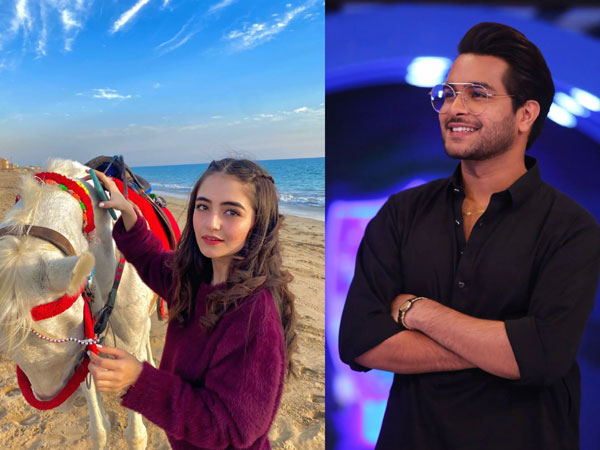 As the holy month of Ramazan reaches its last Ashra, Muslims around the world are celebrating it to the fullest. Adding to the holy aura all around, Asim Azhar released a soulful compilation of four duroods, in praise of Allah and Prophet Muhammad, which we all grew up listening to as kids.

Durood O’ Salam is a devotional track that starts with Bekas pe Karam kijiye Sarkar-e-Madina and ends with Ya Nabi Salam Alayka with Mustafa Jaan e Rehmat and Maula Ya Salli in between.?Azhar unveiled the teaser of his “small effort” at compiling and reciting his favourite durood on Instagram on Sunday. “Aik choti si koshish (a small effort). I grew up listening to these Durood O’ Salam from my mother and grandmother, and wanted to present this to you guys with all the love for Almighty and our Holy Prophet (SAW)”, read the caption along with the video clip.

Directed by Bilawal Hussain Abbasi, the video for the track is shot primarily within the premises of the Badshahi Mosque and in the streets of old Lahore and features the 25-year-old crooner singing with a group of kids, all gesturing to submit their prayers and praise to God.

Azhar’s rendition of his favourite duroods has now added to the much-loved list of devotional tracks and religious Kalams produced in the past years. Such tracks such as Tajdar-e-Haram and Wohi Khuda Hai by Atif Aslam and Aaqa by Abida Parveen and Ali Sethi has always left fans enchanted by the incomparable magic of spiritual anthems, and Durood O’ Salam is no exception.