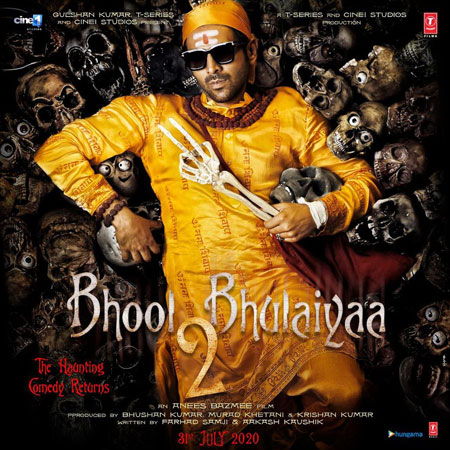 While interacting with the media at the trailer launch, director Anees Bazmee confessed that making Bhool Bhulaiyaa 2 was a challenge, as it was not easy to match Priyadarshan’s vision while making sure that the film also looks different than the first one.

He said, “Akshay is a great actor and a good friend. We have done a couple of films together. Vidya had done a great job in the first film. I wish there was a scope to get both of them in the film in a guest appearance.

It would have naturally benefited us. But the script didn’t give that opportunity. If they were together in this film, it would have been a happy occasion. But in this film, we have worked on a different kind of script. Except for Rajpal Yadav, everyone is new. If they were in the film, it would’ve been good. But once you watch all of them, you’ll feel ek tarah se theek he hua. We have attempted to make a different film.”

Bhool Bhulaiyya was a remake of the Malayalam blockbuster Manichitrathazhu, which had starred Mohanlal, Shobana and Suresh Gopi in the lead roles.

Bhool Bhulaiyaa 2 is scheduled to release in theatres on May 20.