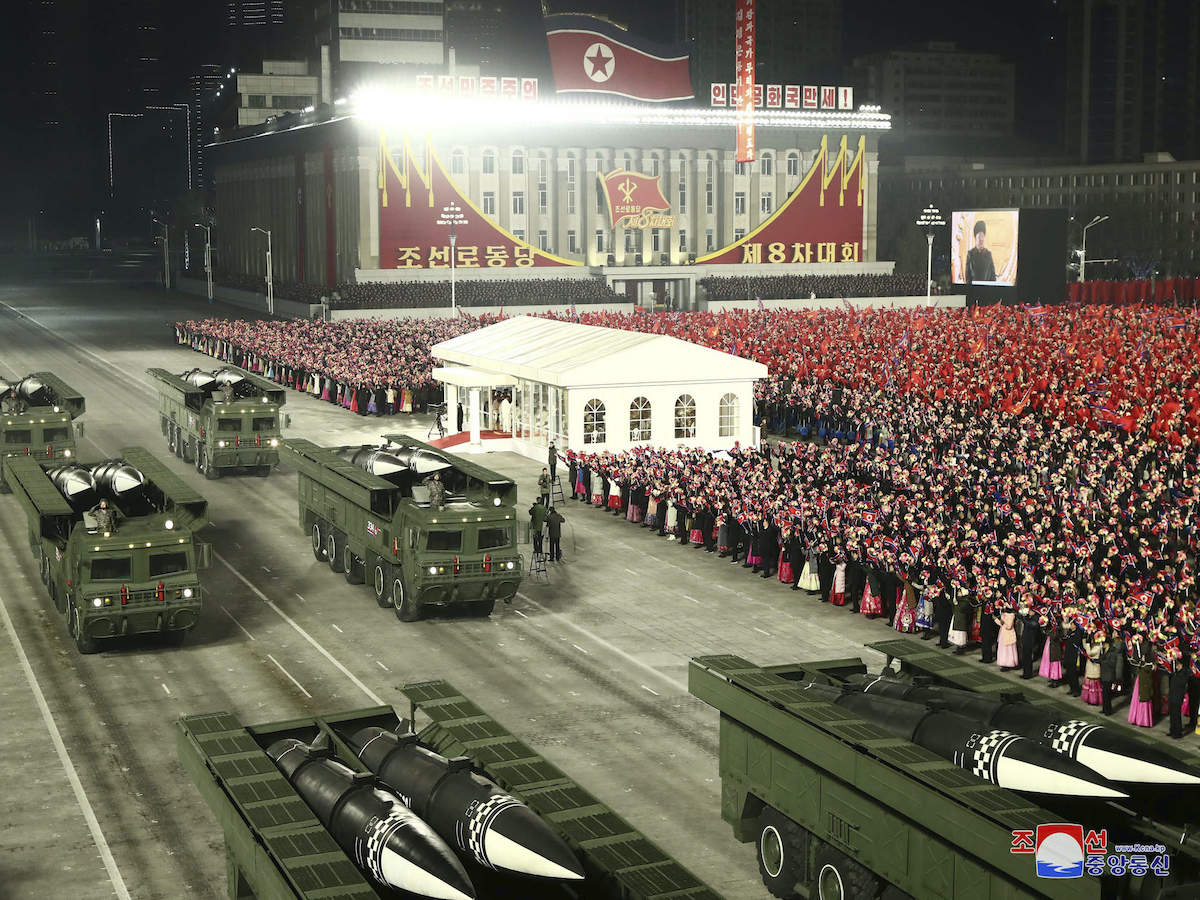 “We will continue to take steps to strengthen and develop our nation’s nuclear capabilities at the fastest pace,” Kim said, according to a transcript published by the official Korean Central News Agency.

According to KCNA, Kim gave the speech late Monday at a parade marking the 90th anniversary of the founding of the Korean People’s Revolutionary Army at Kim Il Sung Square in Pyongyang.

North Korea is under biting international sanctions over its nuclear weapons programme, and repeated negotiations aimed at convincing Kim to end it have come to nothing.

Kim on Monday said the country’s nuclear weapons were “a symbol of national power” and that the country would “further strengthen and develop our nuclear force at the highest possible speed.”

Pyongyang has carried out more than a dozen weapons tests this year, including firing an intercontinental ballistic missile at full range for the first time since 2017.

North Korea had paused long-range and nuclear tests while Kim met then-US president Donald Trump for a bout of doomed diplomacy, which collapsed in 2019. Talks have since stalled.

US and South Korean officials and analysts have warned Pyongyang could soon resume nuclear weapons testing for the first time since 2017.

Satellite imagery has shown signs of new activity at a tunnel at the Punggye-ri nuclear testing site, which North Korea said was demolished in 2018 ahead of the first Trump-Kim summit.

KCNA reported that Kim oversaw a huge military parade Monday, featuring paratroopers, displays of the country’s largest and most powerful missiles, and thousands of troops marching together.

In a speech at the major event, Kim said that while the primary role of the country’s nuclear weapons was as a deterrent, they “cannot be bound to only one mission”.

“If any force attempts to usurp the fundamental interests of our country, our nuclear force will have no choice but to carry out its second mission unexpectedly,” he said.

KCNA said the parade had showcased the North’s most sophisticated weaponry, including the Hwasong-17, which it claims to have successfully tested on March 24.

“The spectators raised loud cheers, greatly excited to see the giant ICBM Hwasongpho-17 which soared into the sky on March 24,” KCNA reported.

At the time, state media trumpeted the “miraculous” launch of what it claimed was the Hwasong-17, publishing dramatic photos and videos of leader Kim personally overseeing the test.

But analysts identified discrepancies in Pyongyang’s account, and South Korean and US intelligence agencies have concluded that North Korea actually fired a Hwasong-15  a less-advanced ICBM that it had already tested in 2017.

North Korea stages military parades to mark important holidays and events, often featuring thousands of goose-stepping troops followed by a cavalcade of armoured vehicles and tanks and culminating with the key missiles Pyongyang wants to display.