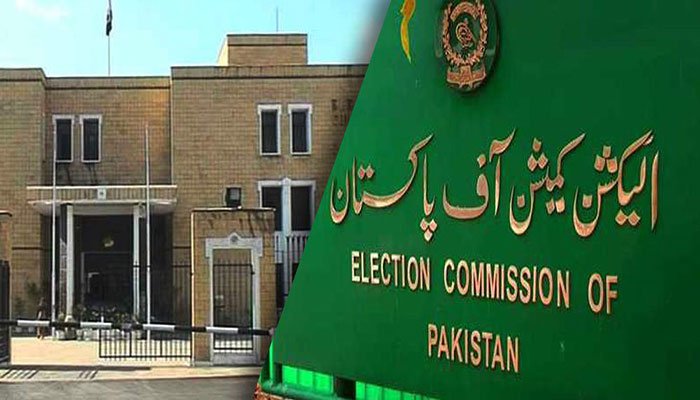 ISLAMABAD: The PTI is holding nationwide protests today (Tuesday) outside the Election Commission of Pakistan’s (ECP) district offices against the chief election commissioner’s “biassed attitude” ahead of the hearing on the PTI’s foreign funding case (CEC).

The PTI is feeling a sense of urgency and concern after the Islamabad High Court (IHC) recently ordered the electoral body to rule on the longest-ever pending case — PTI foreign funding — within 30 days.

Section 144 is in effect in the Red Zone, according to Islamabad police, and political parties are urged not to protest there.

Protests can be held at the press club of F9 park, according to an Islamabad police spokesperson, because demonstrations in the Red Zone are prohibited.

The spokesperson went on to say that no one would be allowed to break the law, and that anti-riot forces would be stationed both inside and outside of the red zone.

Meanwhile, sources told Geo News that the Islamabad police have decided to seal the roads leading to the Red Zone, with only Margalla Road remaining open for entry and all other entrances sealed with containers and barbed wire.

According to sources, 750 personnel will be deployed to ensure the ECP’s security; additionally, rangers will be in charge of security.

The source also stated that water canon personnel have been notified.

A day earlier, CEC Sikandar Sultan Raja presided over a meeting at the ECP Secretariat, which was attended by the secretary and other senior officers, in addition to two members of the commission. Soon after the PTI government was deposed, the party submitted the resignations of 123 MNAs to the speaker of the National Assembly, who has yet to decide their fate.

The meeting discussed the letter written by PTI Chairman Imran Khan to the ECP in which he stated that the party had resigned from all seats in the National Assembly and that it had no representation in the assembly. “A case against the dissidents has been filed with the ECP in accordance with Article 63A of the Constitution,” the letter continued.

The ECP, on the other hand, claimed that under the law, it had not received notification of any member’s resignation from the speaker. “When the case is received, action will be taken in accordance with the law,” it added.

Furthermore, the ECP has served notices on all MNAs and MPAs who have received the declaration under Article 63A from the speakers of the National and Provincial Assemblies. The MNAs have received notices for the 28th of April.