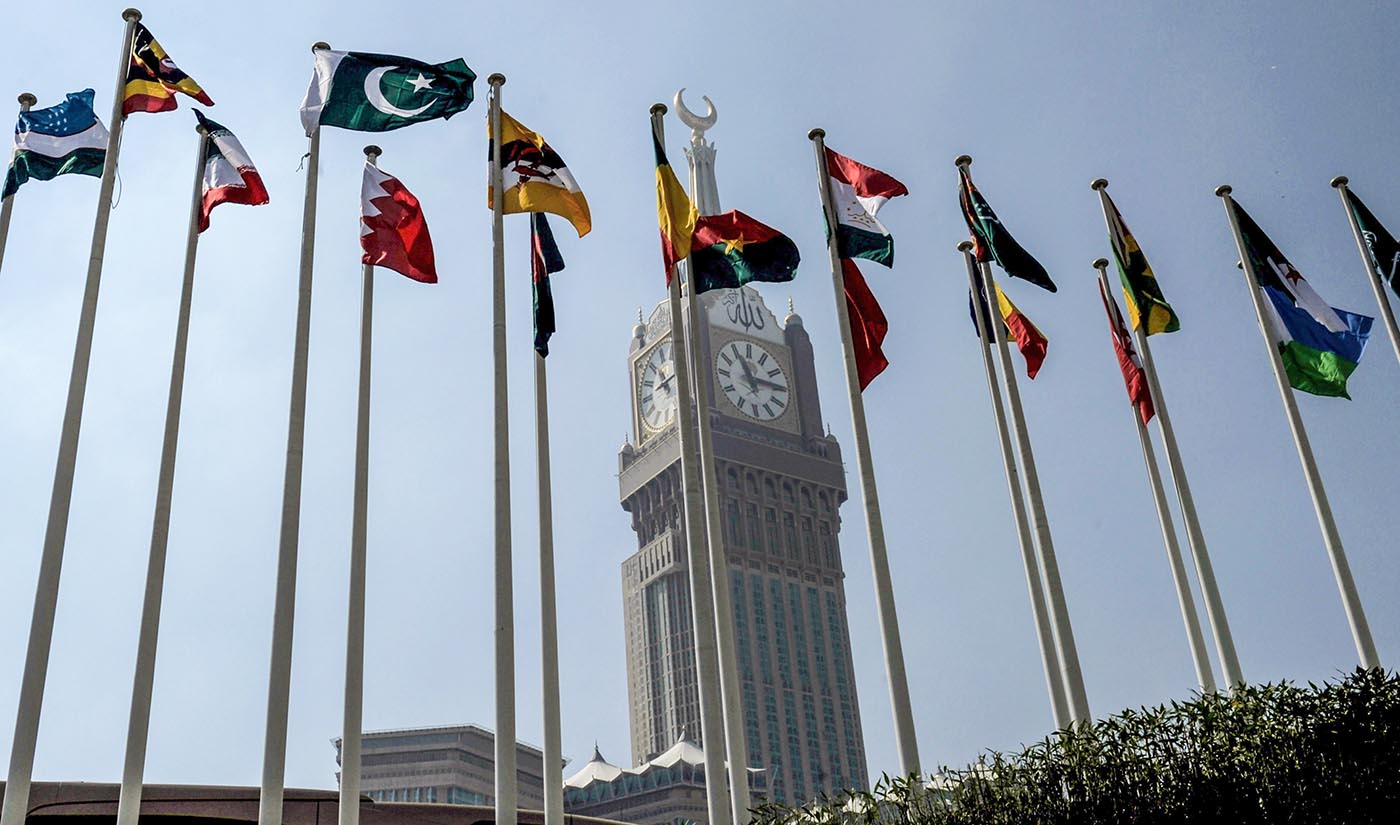 UNITED NATIONS: The OIC Group at the UN has strongly condemned the recent “abhorrent” act of the Holy Quran’s desecration during rallies in Sweden organized by a Danish far-right party, and called for global efforts to counter the “alarming” rise of Islamophobia.

“Such Islamophobic behaviour hurts the sensitivities of over 1.5 billion Muslims and constitutes a gross abuse of the right of freedom of expression and substantiates extremist narratives”, resulting in rising hatred and violence against Muslims, the group said in a joint statement issued Monday.

Ambassador Munir Akram, permanent representative of Pakistan to the United Nations and chairman of the OIC group at the UN, chaired and moderated the ambassadorial-level meeting held last week.

“The OIC group unequivocally condemns the practice of insulting Islam, Christianity and Judaism alike, and stand against all acts of hate and violence on the basis of religion or belief,” the joint statement said.

At the same time, the group said it strongly condemns other recent acts of Islamophobia, including “heinous” attacks on mosques, killing and injuring of worshippers, destruction of Muslim homes, ban on hijab and other anti-Muslim acts in various parts of the world.

The OIC group called on the international community to display a collective resolve to confront xenophobia, intolerance and incitement to violence on the basis of religion or belief, and work together for promoting inter-faith harmony and peaceful co-existence.

“That has been the spirit behind the OIC’s recent initiative by which the UN General Assembly has designated 15 March as the International Day to Combat Islamophobia,” the joint statement said, referring to last month’s Pakistan-sponsored resolution.

Speaking for Pakistan, Ambassador Aamir Khan, deputy permanent representative to the UN, joined in the condemnation of Islamophobic acts in Sweden, but said, “While we remain concerned by the rise of Islamophobia in Europe, the OIC also needs to pay equal attention to anti-Muslim hatred and Islamophobia in other parts of the world including in our neighborhood in India.”

During the holy month of Ramazan, he said, there has been a visible surge in Islamophobic violence against Muslims spearheaded by radical Hindutva mobs in India, pointing out that the recent attempt to hoist the saffron flag at New Delhi’s Jamia Masjid, derogatory sloganeering, playing of provocative music and the brandishing of weapons by the procession of Hanuman Shobha Yatra with impunity, reveal the gravity of the state-sanctioned hysteria and hatred against Muslims in India.

“It is bizarre that instead of taking any stern action, the security set up has targeted and arrested only Muslims, who had borne the brunt of the most traumatic intimidation and threats at the hands of the Hindutva miscreants,” the Pakistani envoy said.

“Such incident have re-kindled the horrific memories of Delhi pogrom of February 2020 which was aimed to discriminate, dispossess and dehumanize the Muslim community.”

The recent spike in systematic violence and discrimination against Muslims in India and in occupied Kashmir, Ambassador Aamir Khan are all part of the “Hindutva” ideology of the ruling BJP-RSS government seeks to eliminate the heritage of Islam from India through the destruction of Muslim shrines, monuments and transformation of India’s Muslims into oppressed, second class citizens.

“The international community must also take note of the deeply worrying trajectory of Islamophobia in India and play its due role in ensuring the safety, security and well-being of the Muslim community.”