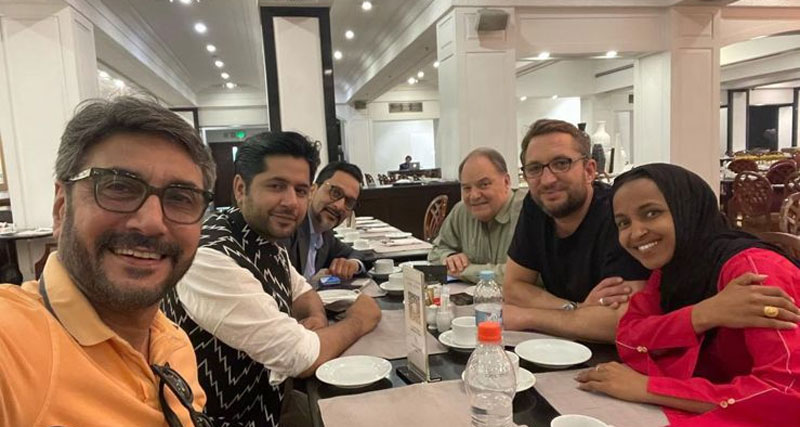 Actor Adnan Siqqidui recently shared a picture of him out and about with fellow actor Imran Ashraf and US Congresswoman Ilhan Omar, who was recently in Pakistan. Providing some insight into their conversation, Siddiqui shared, “Had a wonderful conversation on several thoughtful topics, including geopolitics, entertainment, culture and food with the amazing Ilhan Omar, the first Somali-American and one of the first two Muslim women in the US house.”

The actor also shared that Omar accepted his invitation to the US premiere of his upcoming production Dum Mastam, which stars Ashraf alongside Amar Khan. He concluded the caption with, “Wishing her safe travels.”

On Wednesday, Omar said that the US valued its ties with Pakistan as both countries were partners in progress for the last seven decades and assured the Pakistani top leadership that Washington would continue to support Islamabad in various fields.

Congresswoman Omar stressed that Pakistan and the US had huge potential to improve and strengthen their bilateral relations. She appreciated the role played by Pakistan against Islamophobia, particularly towards the adoption of a resolution on the issue at the United Nations.