Rose reacts to Will Smith slapping Chris at the Oscars

* 'When Will slapped Chris, he slapped all of us, but he really slapped me,' she said 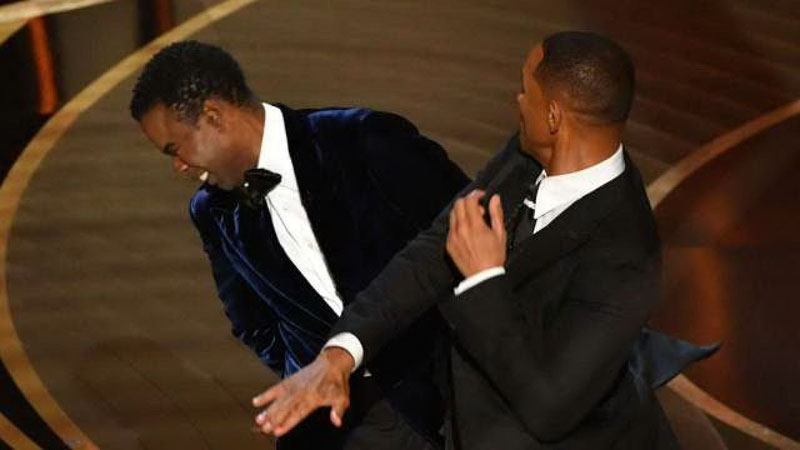 Chris Rock’s mom, Rose Rock, is standing up for her son. The motivational speaker shared her reaction to Will Smith infamously slapping her son live on television during the 2022 Oscars while visiting South Carolina station WIS-TV’s Soda City Live on April 22.

“When Will slapped Chris, he slapped all of us, but he really slapped me,” she said. “Because when you hurt my child, you hurt me.”

The 77-year-old noted that she had “never met” Will prior to the incident and initially believed that it was a staged event “until he started with the obscenities.”

At the March 27 awards ceremony, Will struck Chris after the comedian made a joke about his wife, Jada Pinkett Smith, and her hairstyle. When the King Richard actor returned to his seat, he repeatedly shouted that Chris needed to “keep my wife’s name out of your f–king mouth.”

While reflecting on the altercation, Rose said that she had “no idea” what she would say to Will if given the chance except: “What in the world were you thinking?”

“You did a slap, but so many things could’ve happened from that,” she explained. “Chris could’ve stepped back and fallen. You really could’ve been taken out in handcuffs. You didn’t think. You reacted to your wife giving you the side-eye and you went up and made her day because she was bowled over laughing when it happened.”

As a mother of 10, Rose also shared her heartbreak about not being able to physically be there for her son after the incident. “I was not [at the Oscars] this time.” she said. “I couldn’t reach out to him at that point, there was nothing to do and that’s a hard thing for a mother. No matter how old they are, they’re still your babies.”

In the wake of the slap, Will has publicly apologised to Chris on Instagram, resigned from the Academy of Motion Picture Arts & Sciences, and received a 10-year ban from attending all Academy events for his actions. In a statement to E! News, Will shared, “I accept and respect the Academy’s decision.”

While the event didn’t go the way the presenter or his family had imagined, Rose maintained that she was “really, really proud” of the way Chris carried himself onstage after the incident.

However, she noted that she also felt “really sad,” because “Chris was so happy to be giving the award to Questlove for his Oscar and no one heard his speech. No one was able to just be in the moment, because everybody was just sitting there like, ‘What just happened?'”

When asked if she sees a future where the two stars could one day meet and reconcile, Rose shared she’s leaving that up to them. “That would have to be a decision they made. I feel really bad that never apologised,” she said. “Something like that is personal. You reach out.”

She also gave an update on Chris, who recently embarked on his comedy tour. “He is doing well,” she shared. “Like he said, he’s still processing it because that’s not something you expect.”