The Federal Ombudsman has showed grave concern over delays in pension and insurance claims of poor people by the Pakistan Post Office Department and PLIC. He called a meeting of Federal Secretary Communications, Director General, Pakistan Post Office Department (PPOD) and MD Postal Life Insurance Company (PLIC) to his office to discuss the plight of poor employees and clients in the disbursement of their dues.

He directed that a time bound and responsive mechanism be developed to improve the situation. He stressed that the management should be sensitive to the grievances of the large number of citizens who approach the Wafaqi Mohtasib for redressal of their complaints.

The Wafaqi Mohtasib warned that the responsible officials will be punished, under the law, for their neglect, inattention and apathy in dealing with the public. He said that the cases of poor people must be dealt on fast track with the use of modern I.T. tools and with sympathetic attitude. The Ombudsman appreciated the improvement in ranking of Pakistan Post Office at international level from 94 to 62 as declared by Universal Postal Union, as D.G. PPOD informed no country of the world has shown such remarkable improvement.

SecretaryCommunications Zafar Hassan, D.G., Pakistan Post and MD, PLI apprised the Honorable Wafaqi Mohtasib about the steps being taken for improvement and reforms of services. The Secretary Communications informed that PLI has introduced a new effective tracking system through which they can monitor the claims of insurance at every stage. He further informed that the revenue of Pakistan Post has increased as compared to its expenditure and now running in profit. The D.G. Pakistan Post informed that they have introduced a new system under which unregistered international mail would be considered as registered at the International Mail Office in Pakistan which would ensure quick delivery of mail. They assured that they will personally monitor the process of handling the public complaints by the concerned responsible officers to curtail delays; and will hold officials for their negligence and maladministration, if any. 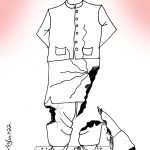