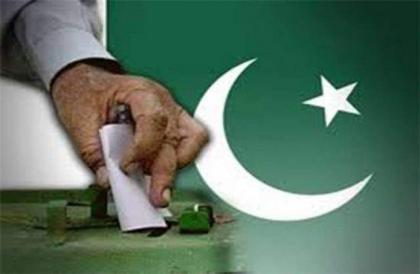 QUETTA: As many as 25741 candidates have contested on 6259 Wards in the first phase of Local Government Election, scheduled to be held in 32 districts of Balochistan on May 29.

Around 4011096 registered voters cast their votes for local government elections being held in 32 districts of Balochistan on May 29.

Apart from Quetta and Lasbela, the first phase of Local Government election would be held in 32 districts of Balochistan on May 29, as per Election Commission of Pakistan (ECP) schedule.

According to the schedule issued by ECP, the process of submitting nomination papers to the Returning Officers for the Local Government elections in 32 districts of Balochistan was started from April 15.

The Election commission has displayed the list of nominated candidates. The scrutiny of nomination papers will conclude today.

According to the schedule, the revised lists of candidates will be posted on May 7, while nomination papers can be withdrawn till May 9. Candidates will be allotted election symbols on May 10.

The Election Commission of Pakistan is finalising all arrangements for free, transparent and peaceful holding of the Local Body election in Balochistan on May 29.