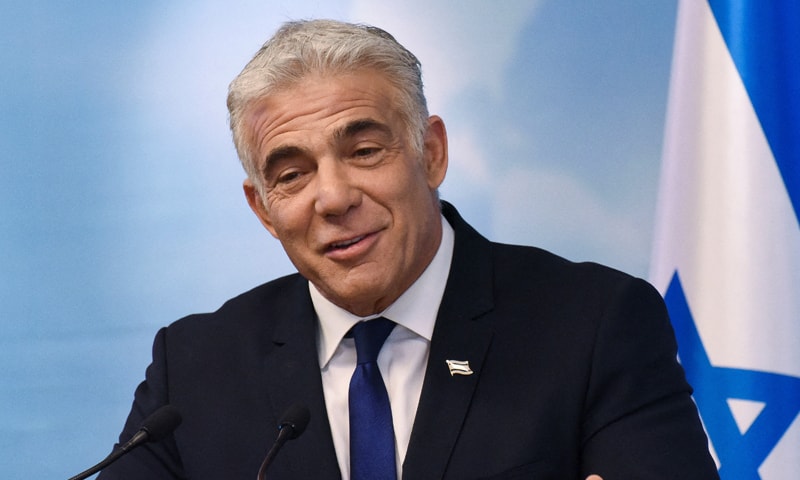 Palestinian Muslims have been angered by an uptick in Jewish visits to the Al Aqsa compound, where by long-standing convention Jews may visit but are not allowed to pray.

“There is no change, there will be no change — we have no plans to divide the Temple Mount between religions,” Lapid told journalists.

Palestinian protestors have repeatedly clashed with Israeli riot police at the Al Aqsa compound since the middle of the month, leaving hundreds injured as Ramazan coincided with Jewish Passover.

Attacks by Palestinians and Israeli Arabs have since late March killed 14 people in Israel, while 24 Palestinians have died, including perpetrators of attacks and also in raids by Israeli security forces in the occupied West Bank.

The recent violence in east Jerusalem sparked fears of another armed conflict similar to an 11-day war last year between Israel and the militant group Hamas, triggered by similar unrest at Al Aqsa.

Late Sunday, Prime Minister Naftali Bennett spoke with US President Joe Biden and “updated him on the efforts to stop the violence and incitement in Jerusalem,” a statement from the Israeli premier’s office said.

Palestinian officials and militants have repeatedly accused Israel of seeking to divide Al Aqsa into Jewish and Muslim sections or visiting times, as with another sensitive holy site in nearby Hebron. They have voiced anger at repeated incursions by Israeli security forces into the mosque compound. But Lapid blamed renewed tensions at the site on “terrorists” trying to incite violence.