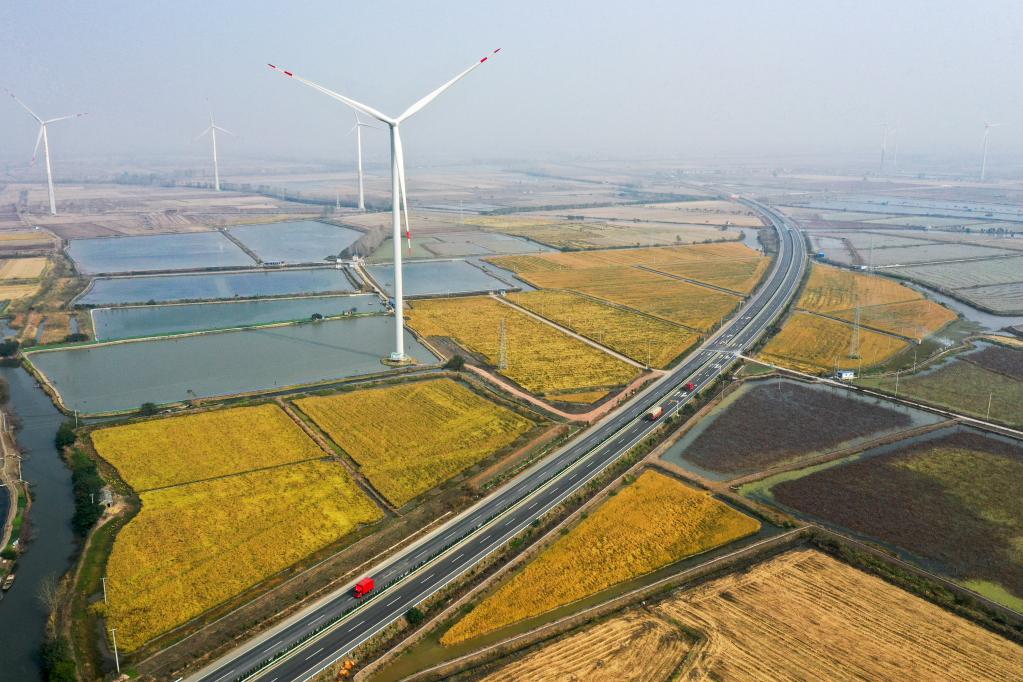 BEIJING: In his recent letter replying to primary school students in Britain, Chinese President Xi Jinping introduced his vision of green development and his commitment to ensuring harmonious coexistence between humans and nature.

Noting that he attaches great importance to tackling climate change, Xi said that he has always highlighted that “lucid waters and lush mountains are invaluable assets” — a notion that has won broad support in today’s China.

He also said that China has been taking unprecedented steps to tackle climate change, and has made remarkable progress, adding that the country will go on making even greater achievements.

Indeed, under the guidance of Xi’s vision of ecological civilization, tremendous progress on greening China has taken place over the years, from cultivating the Chinese people’s eco-civilization awareness to adding new forests, grasslands and wetlands, and combating air and water pollution.

A survey released during the COP15 conference last year showed that the eco-civilization concept enjoys a high level of recognition among the general public in China.

Regarding the relationship between the environment and development, around 55 percent of people polled said the process of environmental protection brings new economic opportunities and presents a promising prospect, according to the survey, which was conducted by the Research Institute for Eco-civilization, Chinese Academy of Social Sciences.

The findings are based on the answers to 10,038 internet questionnaires, together with more than 3.5 million online posts and comments that were analyzed with big-data technology, said Zhang Yongsheng, head of the research institute.

“Ecological progress has significantly improved the quality of development and people’s wellbeing in China,” Zhang quoted the findings as saying.

Eco-civilization is spearheading a sweeping transformation of the development paradigm, which will reshape the approach to development, the business model, people’s understanding of a happy life, as well as attitudes toward consumption, employment and wellbeing, said Zhang.

As Xi told British pupils in the letter, schools of various kinds and at all levels in China attach great importance to the education on ecological civilization, adding that Chinese pupils, by starting from the trivial things in their lives, have developed a good habit of conserving energy and protecting the environment, and have learned to live a green and low-carbon life.

In the letter, the Chinese president said the British pupils are welcome to visit China, and do a tour of the world’s largest wind-power plant and solar-power station, as well as the widest man-made forest and the country’s picturesque national parks.

As the president knows so well, these places bear witness to the Chinese people’s ceaseless efforts to make their country a beautiful one. Over the years, forest coverage has expanded, the country’s living environment has improved, and the economy has been placed on a more sustainable path.

Thanks to afforestation efforts, 960 million mu (64 million hectares) of trees have been planted in China over the past decade. The country’s forest coverage has now reached 23.04 percent, up 2.68 percentage points from 2012.

The China National Botanical Garden was officially inaugurated this week in Beijing. With a planned area of 600 hectares, the garden has more than 30,000 kinds of plants and 5 million representative plant specimens from five continents.

The botanical garden is a national plant-diversity protection base, and an important symbol of the country’s level of sustainable development.

Last year, the share of days with good air quality rose to 87.5 percent, up 0.5 percentage points from 2020. This progress was built on marked improvements during the 13th Five-Year Plan period (2016-2020), which saw good-air days increase by 5.8 percentage points to 87 percent.

China’s energy consumption per unit of GDP, or energy intensity, declined by 28.7 percent from 2011 to 2020. The proportion of coal in the nation’s total energy-consumption mix was reduced from 69.2 percent to 56.8 percent during the 2010-2020 period.

On March 30 this year, Xi planted trees in Beijing, marking the 10th year of his participation in the annual tree-planting activity as the top leader, and demonstrating how much he values efforts to make the country’s land greener.

“I want to do my bit for the Beautiful China initiative, and also to sow the seeds of ecological conservation in the entire society, among the Chinese youth in particular,” he said. Xinhua