It wasn’t a piece of cake: Neelam Muneer 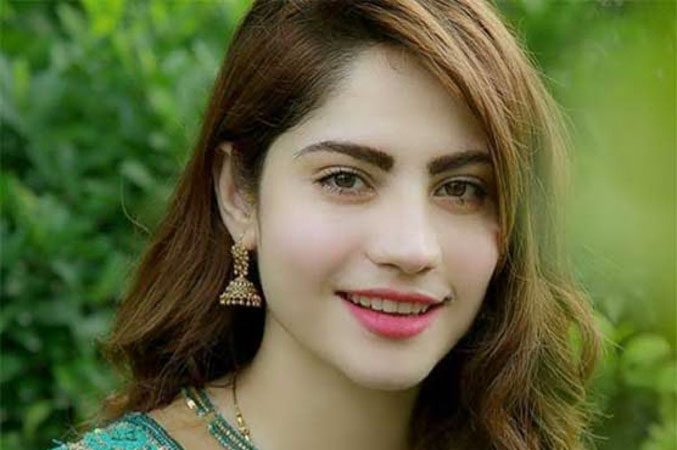 Like most of us, who couldn’t wait to storm our nearby cinemas the moment Covid-19 restrictions lifted, Neelam Muneer, who was last seen in Kaaf Kangana, has been starved of the big screen too.

Itching to surprise fans this Eid with her upcoming film, Chakkar, Muneer told DW in a recent interview, “I’m not nervous. Cinemas have remained closed for so lon that there’s only excitement to watch Chakkar on the big screen now.”

The actor, who is set to play a dual role in the film opposite Ahsan Khan, quipped, “After three years, it is only justified that my fans get to see two Neelum Muneers.” She added, “But I always wanted to do this; play a double role because it makes things so much more… filmy. It wasn’t as easy. Switching between two people isn’t a piece of cake.”

Muneer recalled the struggles of having to keep up with two different wardrobes for continuity purposes, along with keeping up with two different people. “I would first get ready for one character, then another There were many technical aspects we had to be mindful of. Even while dubbing, I made sure both my characters sound different. Their style of talking shouldn’t overlap. I enjoyed acting a lot but there was always this pressure to appear different while looking the same. That was tough.”

When reminded of her item number in Kaaf Kangana and asked if Chakkar will see her in a similar element, doing a similar routine, she said, “There is a song which is quite situational. All us girls are dancing in it. I’m certain the audiences will enjoy that song a lot, it is a star-studded song featuring many celebs from our entertainment industry.”

About her onscreen chemistry with Ahsan Khan, given Chakkar isn’t the first time the actors will romance each other, Muneer remarked, “Whenever Ahsan and I sign a project together, there is always this excitement, not for the shooting itself but for the prep. Because we always have these discussions, we plan ahead, about how we’re going to react to situations. I did my first ever film Chupan Chupai with him. He’s a great actor and a support system, I’m very comfortable working with him”

The actor also talked about venturing into showbiz while belonging to a Pashtun family. “Being Pashtun, my sisters can’t even upload their photos on social media. We aren’t allowed to be in this profession that I am in either. But somehow, I got the permission. I wanted to be a heroine since childhood. Till this day, I make sure that I stay in my limits, it’s always better that way. And now my viewers can decide whether they think I have finally become a star.”

Muneer does not work during Ramazan either. According to her, it is not the time to focus on one’s career. “I can only speak for myself but when we’re working, we’re always caught up in a rat race and bound by commitments. We only get this opportunity once in a year, where I feel we can just stay home and connect with God without any stress. So, I don’t work during Ramazan.”

Asked if she’s boycotted award shows too, since she does not attend any despite being nominated, Muneer held, “I have a huge fan following, female fan following. I’ve met people who kiss my hands and are in complete awe of me. I keep receiving awards too. It’s just, I don’t go out much. Whatever free time I get, I spend it with my family. It’s sufficient for me that I am rewarded.”

Muneer is also playing the role of a mother in television serial Mohabbat Daagh Ki Surat, and she has assured that she does not mind being cast in a senior citizen’s role. “I just love playing characters. A mother of two children is nothing, if someone asks me to play an elderly woman, I will. If I’m required to play a boy, I’ll do that too. I’m a passionate person and I feel with dramas, we get to play snippets from our daily life onscreen. Films are exaggerated but dramas keep us grounded. They’re always a great exercise for me.”

It was established from the teaser that Chakkar will not be a typical rom-com like the previous movies Yasir Nawaz has directed. Keeping up with the unresolved murder mystery genre, Yasir has managed to add a festive comedic element to the film, making it stand out as a distinct holiday release.

Produced by Yasir and Nida Yasir, under the Farid Nawaz Productions banner, Chakkar explores an enigma of a twin murder case. Neelam is seen playing Mehreen Khan and Zara Khan. Mehreen plays Kabir’s wife while Zara is a superstar, infamous for her difficult and lousy work ethic. The trailer also reveals that Kabir cuts ties with Zara when her life of glamour and glitz disappoints him but his wife, Mehreen, continues to stay in touch with her.

While one wonders how that conflict alone might play out, Yasir exposes a major plot reveal in the trailer. One fateful night, behind Kabir’s back, the twins decide to swap places with each other, with Mehreen replacing Zara at shoots and facing the dramatic upheavals of the industry. However, the storyline of Chakkar seems to take an interesting turn when a murder takes place with the world thinking it is Zara who has been brutally killed.