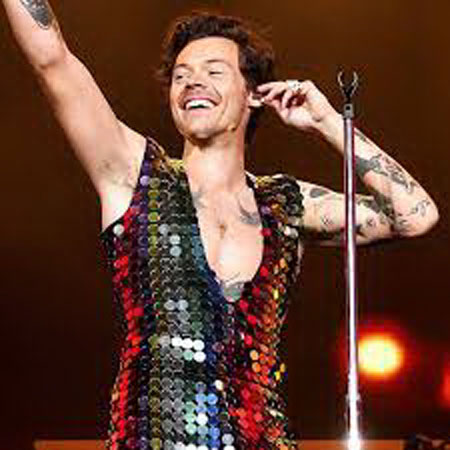 Harry Styles lit up the Coachella main stage like nobody else! On April 22, the “Watermelon Sugar” singer, 28, returned to the Indio, Calif., desert to headline the music festival for its second weekend, performing a medley of hits new and old, which included his latest single “As It Was” and fan-favorite unreleased track “Medicine.” And, as if that wasn’t good enough, he also brought surprise guest with him: Lizzo. Dressed in matching pink and red feathered Gucci coats, Harry and the “Truth Hurts” singer, 33, strutted across the stage as they sang a rousing rendition of Gloria Gaynor’s iconic 1978 hit “I Will Survive.” The close friends then followed up their powerful performance by singing his former group One Direction’s 2011 debut single, “What Makes You Beautiful,” together. “Last night was amazing,” Lizzo said about the performance in an April 23 Instagram post. “@harrystyles is a treasure, gods gift to rock n roll.” “The light that comes from him is real and infinite,” the singer continued. “He makes being on stage in front of hundreds n thousands easy, cus it’s [with] a friend.” She then jokingly concluded her post by adding, “And baby them Gucci coats….?!?? Thank you H, like u said ‘until next time.'”