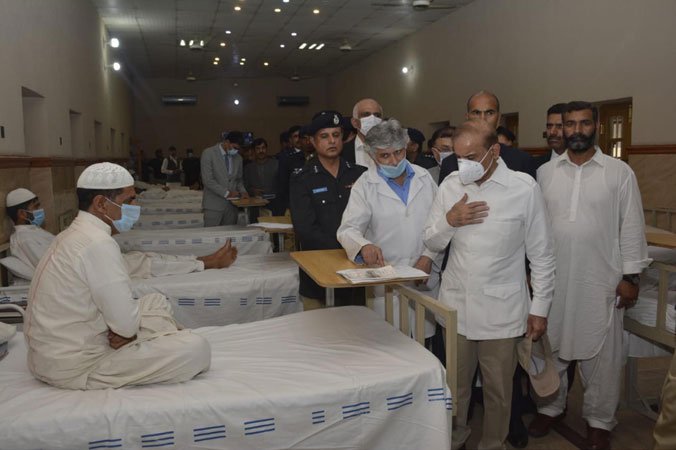 Imran Khan’s government had closed the power units which were set up by their government to generate low-cost electricity, PM Office Media Wing in a press release quoted the prime minister as saying.

Instead, the previous government utilized those low power generation units which supplied expensive power and due to this injustice, the nation had to pay a heavy price in the shape of Rs100 billion every month.

The prime minister said an LNG carrying ship, which cost Rs6 billion was now priced at Rs20 billion and the nation had to pay more than Rs500 billion this year due to such injustice done by Imran Khan’s government.

Expressing his resolve to provide relief to the public, Shehbaz said neither he would sit idle nor let anyone rest till the resolution of the issue.

He said all possible efforts should be made to save the citizens from the discomfort created by the criminal negligence of the former government and directed the authorities concerned to make temporary arrangements till the provision of oil and gas.

With destruction of energy sector, he said, a conspiracy was hatched to deliver a fatal blow to the economy of Pakistan. Prime Minister Shehbaz Sharif Sunday ordered financial assistance for farmers affected by damage to their standing crops in Sialkot due to a firing incident.

He directed the Punjab government to immediately give assistance cheques to the farmers whose 90,000 kilogrammes worth of wheat crop was burnt. The incident of burning of crops occurred on April 23 at Bela Pul Bajwaan in Bajwat sector. Wheat crop on 77 acres area was burnt affecting 15 farmers.

According to investigation, the fire was ignited due to a fault in a harvesting machine. The fire further expanded when it engulfed a reserve of 80 liters diesel and the fire brigade could not timely reach due to the 32 kilometers distance.

However, the fire brigade did manage to control the fire and stop further damage to the standing crops.

Prime Minister Muhammad Shehbaz Sharif Sunday visited Kot Lakhpat jail and announced a reduction in jail sentences of the prisoners across the country by two months.

The prime minister also directed constitution of a committee headed by Interior Minister Rana Sanaullah that would formulate a comprehensive strategy for provision of basic facilities to the jail inmates, besides making improvements in the overall system.

Relevant officials from the four provinces would be included in the committee. The prime minister observed that it was responsibility of the government to ensure that a prisoner, after his release from jail, should become an efficient citizen of society.

He also specially directed the authorities of Kot Lakhpat Jail to utilize all the available resources in an effective manner to meet the basic requirements of jail inmates.

In this regard, the prime minister directed further improvement in dining and health facilities of prisoners.

He also asked for effective use of skill development resources, so that prisoners could spend time in jail in a positive manner and adequately gear up for playing an effective role in society after completion of their jail terms.

Later, the prime minister also visited Ramazan Bazaar set upon in Johar Town and issued direction for ensuring the provision of edible items at low prices.