Country has got rid of incompetent govt: Sanaullah 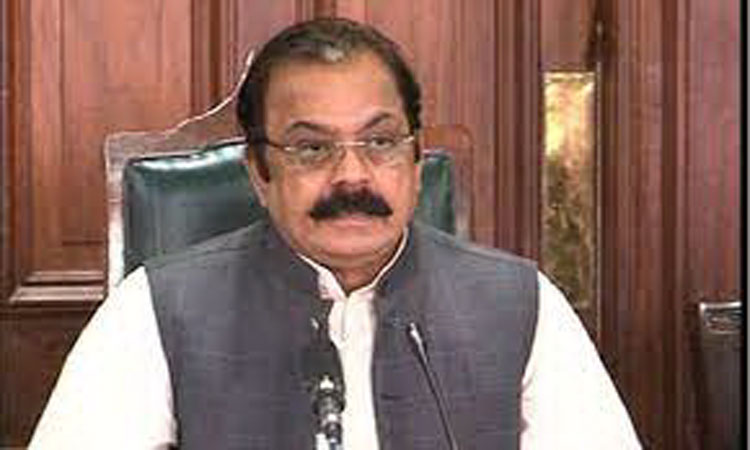 Interior Minister Rana Sanaullah Khan Sunday said that Pakistan’s former ambassador in US Asad Majeed told the National Security Council (NSC) that there was no mention of any conspiracy in his cable he sent during the Pakistan Tehreek-e-Insaf (PTI) government.

He was addressing a public gathering in his constituency NA-106, Faisalabad, where he was given a rousing welcome. He alleged that former foreign minister Shah Mahmood Qureshi changed the content of the cable to exploit it for political mileage. He said that Imran Khan had threatened to bring people to Islamabad. “I myself will welcome him and he will be given a befitting response,” he added.

He said that Imran Khan continued to dub opposition as dacoits and thieves but for the last four years, he failed to prove a single case in any court of law.

He said that the country got rid of the incompetent government and now incumbent government would be given maximum relief to masses.

The minister said that the previous government had stopped work on China-Pakistan Economic Corridor (CPEC), which was harbinger of progress and prosperity in the country. “His (Imran Khan’s) claim of providing 10 million jobs and five million houses proved a total failure,” he added.

Rana Sanaullah said that Prime Minister Shehbaz Sharif would put the economy in the right direction and the nation would make tremendous progress. He also appreciated the contribution of the people of his constituency and said that he had restarted development work in this constituency as he had earlier undertaken mega projects.

Member Provincial Assembly (MPA) Ajmal Asif praised Rana Sanaullah Khan and said that his elevation to the status of interior minister was a pride for entire Faisalabad.

Earlier, a reception was given to Rana Sanaullah and workers showered rose petals on him.