* Instead, they want to draw something current, like Ukraine's trident symbol or write slogans like 'Glory to Ukraine' and 'Glory to the Heroes' 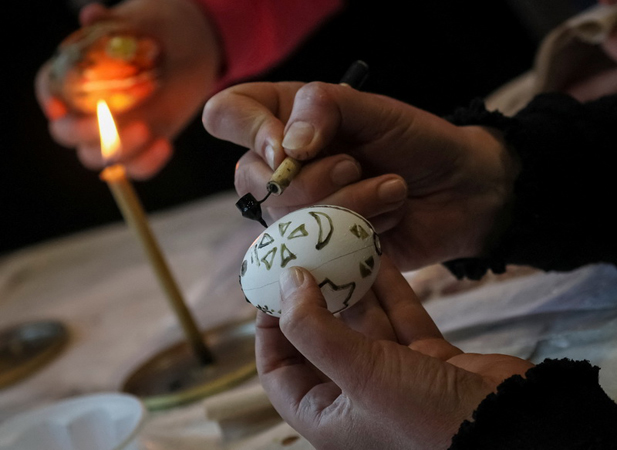 Children in Kyiv, including evacuees from other parts of the country, decorated traditional Ukrainian Easter eggs on Friday – but this year they have taken on a more patriotic tone.

“Many people are diverting from tradition a little, not drawing the usual images like stars, flowers,” said Mariya Poshyvailo, who works at the Ivan Honchar Museum National Centre of Folk Culture.”

Instead, they want to draw something current, like Ukraine’s trident symbol, or write slogans like ‘Glory to Ukraine’ and ‘Glory to the Heroes’.

What is close to them.” 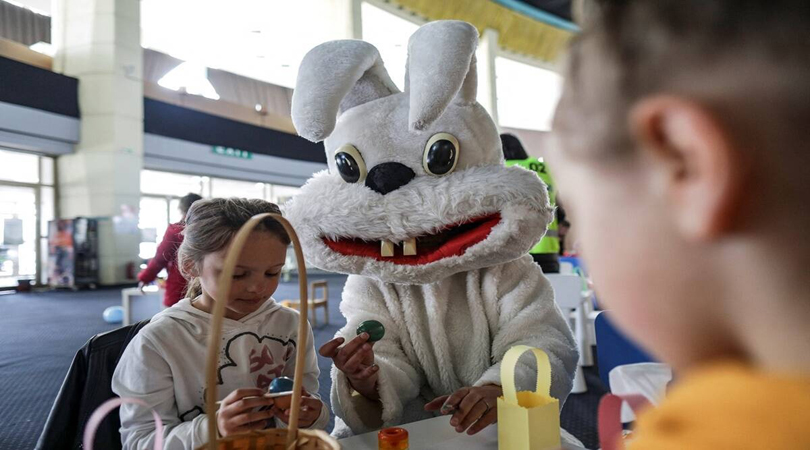 Nine-year-old Bohdana was evacuated from the northern Ukrainian region of Chernihiv, which suffered from heavy Russian military activity.

Ahead of Orthodox Easter on April 24, she was painting her egg in orange and gold. “It’s the continuation of life… happiness,” she said. The ‘pysanky’ eggs, decorated with beeswax and dye, will be carried to Kyiv’s Maidan square at a memorial for “the Heavenly Hundred,” a reference to the more than 100 protesters that were gunned down in the Maidan uprising that toppled President Viktor Yanukovich in 2014.

“This is, firstly, a symbol of life,” said Tetyana Poshyvaylo, deputy head of the Ivan Honchar Museum. “I am holding a nucleus of this, the birth of life. And it has always strengthened us and is the amulet of the house.

“The head of Ukraine’s Orthodox church asked clergy and the faithful this week to forgo night-time Easter services in areas of the country affected by fighting, fearing Russian bombardments will continue during the Orthodox Easter period.