‘The Unbearable Weight of Massive Talent’ — being Nicolas Cage 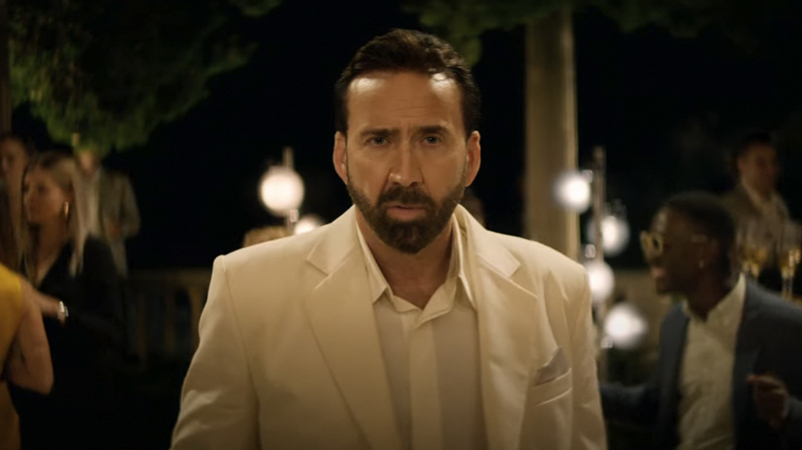 Those eyes, that hair, those choppers and oh, that purring, whining adenoidal voice, which can change pitch and intensity midsentence and often seems a bit stuffed up. To know or, anyway, to watch Nicolas Cage is to love him and sometimes also be confused by him.

He can be a joy and a conundrum, startling and remarkable, but also fantastically, gloriously untethered. Who is this? you sometimes wonder, agog. What is this?

In his latest, “The Unbearable Weight of Massive Talent,” Cage fidgets and swaggers and smiles so broadly he looks ready to swallow the screen whole. He charms and alarms, jumps off a cliff and, drink in hand, walks straight into a swimming pool without breaking stride. What’s it about? Does it matter? Does it ever? It’s another Nicolas Cage joint, a romp, a showcase, an eager-to-please ode to him in all his sui generis Caginess. That’s the idea, at any rate. Mostly, though, it is a single joke sustained for 106 minutes, amid many rapid tone shifts, mood swings and set changes.

It’s a pretty good joke: Cage plays himself, or rather a variation on a star also named Nick Cage. Wrung out, inching toward bankruptcy, proud yet humbled, and yearning for a role that’s worthy of his self-regard, this avatar looks and sounds like the real deal. Certainly, he resembles the star who, since swivelling heads with “Valley Girl” and Uncle Francis’ “Rumble Fish” back in 1983, has made films both sublime and forgettable, married repeatedly, won an Oscar, whipped up vats of tabloid slobber and accrued a cult following that will giggle at this movie’s every reverent allusion: Not the bees. 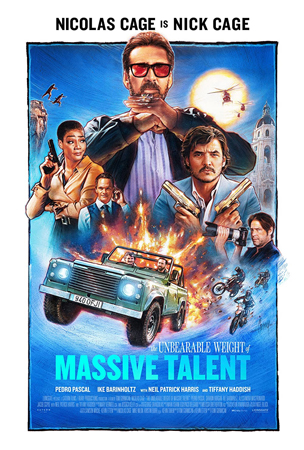 There’s a story, way too much of one, crammed into an overstuffed, self-reflexive entertainment that soon finds Cage flying abroad. Paired with a second banana, he embarks on an adventure that – in its vibe, beats and banality – is closer to “National Treasure” than David Lynch’s cold, cruel “Wild at Heart.” There’s also an ex and a daughter, who pop in and out and seem to have been written in because: a) producers know they now need more than one woman in the cast; and b) they want to prove, à la US Weekly, that celebrities are just like us, except for the private jets.

“Massive Talent” finds its mojo once Cage and Pascal team up and start trading quips, dodging obstacles and vamping for the audience. It’s very Hope and Crosby loosey-goosey, though sometimes it’s more blotto Snoop and Martha. Cage and Pascal bounce off each other nicely, with Pascal playing the wall to Cage’s ricocheting ball. Tiffany Haddish and Ike Barinholtz show up as spies who dragoon Cage into a covert operation that allows the filmmakers to shift to more commercial terrain and bring out the heavy artillery. That partly explains all the love here for John Woo’s ballistic, balletic “Face/Off,” even if someone forgot the doves.

The director Tom Gormican, who wrote the script with Kevin Etten, gets the job done, churning the nonsense. There are no surprises other than the movie is watchable and amusing, though it’s too bad Gormican didn’t let Cage and Pascal just go with the absurdist, shambolic flow. Cage doesn’t need a reason for you to watch him, least of all good material. He’s Nicolas Cage, master of his own universe, maker of strange poetry, breaker of hearts. He can eat a roach, love a pig and inhabit a movie so profoundly that its quality is superfluous. “He’s up there in the air,” Pauline Kael wrote in a review of his freak-fest “Vampire’s Kiss,” “it’s a little dizzying – you’re not quite sure you understand what’s going on.” Amen to that.